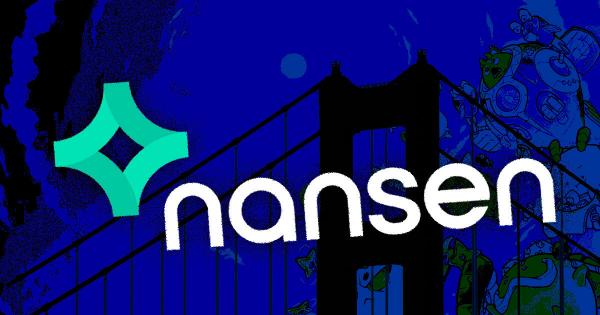 The Ronin bridge, an Ethereum sidechain designed to facilitate the growth of the Axie Infinity universe, has had a mountain to climb following its major exploit in April, which led to hundreds of millions of dollars being stolen by hackers.

A report from Nansen Alpha exclusively shared with CryptoSlate identified the state of the ecosystem and whether the attempts to restore funds to the bridge have been successful in allowing Axie to thrive once more.

Ronin was designed to be a gaming-first layer-1 blockchain focused on immediate transactions with low gas fees. It connects to Ethereum through the Ronin Bridge but otherwise acts independently to allow for the most optimal gaming performance.

However, the devastating effect of the Ronin hack has crippled the ecosystem as the Nansen report revealed that the total value locked declined to just $55.11 million of $RON in Q2 from $318.71 million in Q1. The 82.7% drop in locked $RON surpasses the overall TVL of the Ethereum ecosystem, which declined to $55.15 billion at the end of June from $159.83 billion at the end of March.

As part of its attempt to rebuild confidence in the Ronin Bridge, there was an attempt in Q2 to acquire more independent validators to take the total to 21 total nodes from 9 active validators during the attack. Becomng more decentralized can help reduce the risk of a similar attack in the future.

However, Nansen has revealed that at the end of the second quarter, only 14 validator nodes were active on the network, indicating that Ronin fell short of its 21-node goal.

Further, data from Nansen indicates that even after the Ronin Bridge was reopened on June 28, activity on the network has remained at all-time lows.

However, due to Ronin-based DEX Katana, transactions on the network remained relatively stable throughout Q2. Minting of native Axie token $SLP held on to an average of 20 million daily throughout the second quarter. Still, according to Nansen, the burning of $SLP was reduced to almost zero.

Still, co-founder of Axie, Jeff Zirlin, tweeted back in June that “nature is healing,” and Nansen ended its report with a similarly bullish sentiment.

According to Nansen, land staking, Origin downloads, reopening of the bridge, and an apparent increase in players returning to the game are positive signs for the Axie Infinity universe.

Further, the report highlighted Axiecon, the Axie Infinity convention, and the Lunacia SDK Alpha, which allows developers to build games on top of Axie Land, as being two core features that could present a bullish future for the game.

Data from DefiLama indicates that Q3 is yet to suggest a bullish reversal for the Ronin ecosystem. The TVL has declined 22% since August, currently at $54.98 million. Yet Nansen remains bullish, with Mega Septiandara, a Research Analyst at Nansen, stating.

“Despite the bear market conditions impacting the entire crypto ecosystem, both the Fantom and Ronin networks showed exciting signs of dynamic growth that bode well for their Q3 performance.”

The current state of the Ronin network can be seen using Nansen’s analysis tools, as shown in the graphs below.

The full report will be available via the Nansen website.