Michael Saylor has made many worthy contributions since bursting onto the cryptocurrency scene. 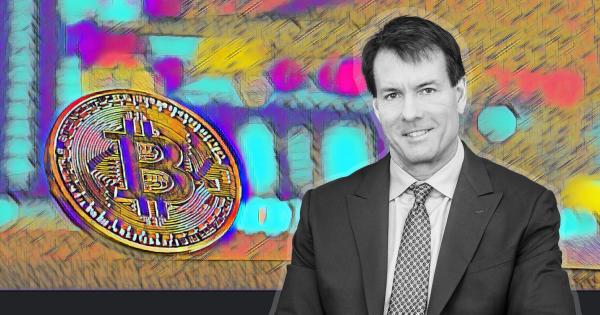 Michael Saylor has made many worthy contributions since bursting onto the cryptocurrency scene. His latest, the free “Bitcoin for Everybody” course, intends to give beginners a basic rundown of the leading cryptocurrency.

In a tweet, Saylor said the course would help those looking to get into Bitcoin. This, he hopes, will promote economic empowerment and may also convert an army of no-coiners into believers.

“Introducing Bitcoin for Everybody – a free course to educate the world on #bitcoin and assist anyone seeking to harness this digital monetary network to promote economic empowerment.”

The “Bitcoin for Everybody” course takes around 12 hours to complete. It consists of articles, lectures, and videos to take students through the basics of Bitcoin. The five-unit course ends with a final examination and a free certificate upon successful completion.

The course units are economics, investment, history and philosophy, technology, and Bitcoin in practice. At the end of the course, students will understand the landscape and be confident in transacting.

“Once you have completed this course, you will have a basic level of Bitcoin knowledge and be able to start interacting with Bitcoin by buying, receiving, storing, and spending it.”

Saylor’s MicroStrategy hit the headlines last August when it became the first publicly listed company to hold significant BTC quantities as a treasury strategy. He has since done countless interviews and tweets to promote the cause.

He believes buying BTC can protect against the inflationary aspects of fiat currency. But more than that, he sees a growing realization of this, leading to a tipping point of mass institutional inflows.

“Once people start thinking about what they want, which is a non-sovereign, safe-haven store of value, they’re going to realize that Bitcoin does the job of gold better, and you’re seeing all of the institutional flows move out of gold into Bitcoin.”

Saylor mentioned that his day to day interactions highlighted a demand to copy what MicroStrategy did. But there’s much uncertainty on how to do it, as well as the regulatory and legal ramifications of doing so.

This is why his recent “Bitcoin for Corporations” seminar was developed. The free two-day event ended on February 5 and was a smash hit, pulling in 8,197 attendees from 6,917 different companies.

After sharing the playbook, Saylor said he expects an avalanche of companies to buy Bitcoin in the coming 12 months.

Giving interviews and tweeting about Bitcoin is great. But Saylor takes his belief in economic empowerment through Bitcoin to the next level. His efforts in bringing free educational resources for both individuals and corporations have done more than any governmental body.