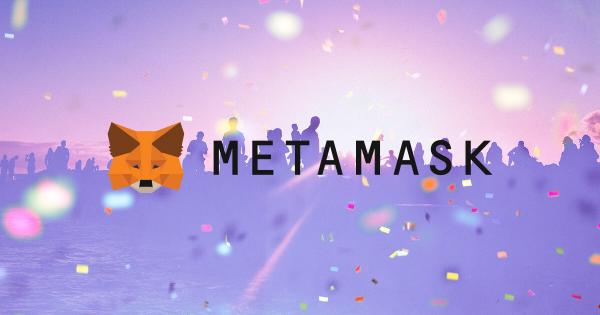 This represents a 19x growth compared to July 2020 and positions MetaMask as the leading non-custodial wallet by users globally. MetaMask is both a mobile app and browser extension that functions as a cryptocurrency wallet for interacting with the Ethereum blockchain and any Ethereum-compatible network like Polygon, Arbitrum, and Optimism.

The Drivers Behind MetaMask’s Growth

MetaMask is the primary way a global user base interacts with DeFi applications, along with the vast universe of approximately 17,000 unique Web3 domains, which include rare digital goods marketplace OpenSea and NFT-based online games.

MetaMask was first created in September 2016 and has been a central catalyst in the adoption of decentralized applications on Ethereum. The launch of the mobile version in September 2020 has played a crucial role in rapidly bringing new users from global markets such as the Philippines, Vietnam, China, India, Indonesia, Thailand, and Brazil.

“MetaMask defined a new kind of cryptocurrency wallet, where users don’t just interact with currencies, but with decentralized applications, and we are constantly making these new kinds of applications more safe and accessible to a broader audience,” said Dan Finlay, MetaMask co-founder, in a statement. “We’re letting users explore new ways of establishing trust on the internet,” he added.

Could Yoroi be the MetaMask of the Cardano (ADA) ecosystem?