The musician's latest music project will be published in the form of Tezos-based NFTs. 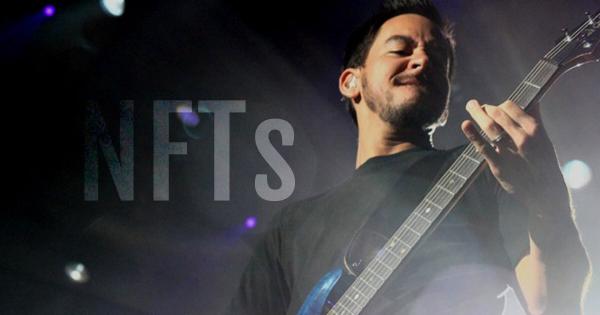 Mike Shinoda, the founding member of Linkin Park, announced that he will publish a new music project as a generative NFT series called Ziggurats.

The collection of 5,000 mini mixtapes will be launched on Tezos on December 3rd.

A unique music project is coming to Tezos

Non-fungible tokens (NFTs) have long been touted for their possible use case in music, but the industry hasn’t seen a major project take advantage of the technology.

However, Mike Shinoda, a founding member and current frontman of Linkin Park, recognized the potential of the technology and is set to release his own NFT collection.

Earlier this week, the musician announced that he will publish new music as a “generative NFT series” called Ziggurats. The collection of 5,000 mini-mixtapes will be released on Tezos, each one with unique music and cover art.

Each NFT in the Ziggurats series will feature songs with the same lyrics, but with different cover art and music. What makes the series unique is the fact that the combination of the music and the art will be generated by a computer algorithm based on preselected inputs.

“I liked the idea of a program taking elements and mixing-and-matching to create different outputs. Creating collectible pieces—each one unique. But I wanted to do it with music,” Shinoda said on Discord.

According to a report from XTZ.News, the series will be sold on the project website ziggurats.xyz, with each NFTs going for 15 XTZ or just under $75 at current prices. A version of the song will also be available on streaming services for users that don’t want to purchase the NFT.