Analysts of JPMorgan have predicted that Bitcoin could still reach as high as $146,000 before the end of the year or tumble to $30,000 if volatility kicks in. 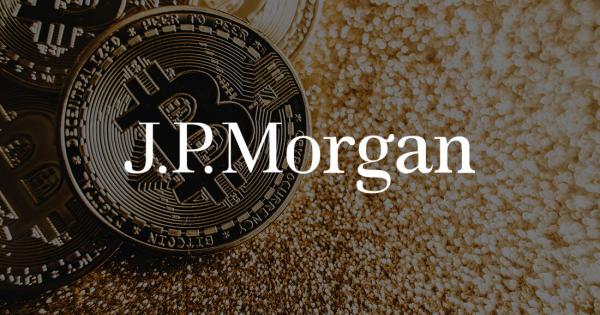 JPMorgan, one of the leading banks in the United State, has reiterated its prediction that the value of Bitcoin could still breach the $100k mark to end the year at $146,000 but warned that the volatile nature of the asset could still send it tumbling back to $35,000.

Analysts of the bank, led by Nikolaos Panigirtzoglou, explained in a note that the Bitcoin price target of $100k or above would be visible if there is much decline in price volatility of the asset.

This challenges the idea that a price target of $100,000 or above, which appears to be the current consensus for 2022, is a sustainable bitcoin target in the absence of a significant decline in bitcoin volatility.

Per the bank’s analyst, Bitcoin would only be able to achieve its goal of breaching $100k if its volatility falls sharply to allow risk-averse investors to feel comfortable enough to add it to their portfolio citing the price crash of May as one of the reasons institutional investors have remained on the fence with the asset.

Notably, many analysts and market experts have severally predicted that the value of Bitcoin could go as high as $100,000 before the end of the year citing the rising inflation, which is at a 13-year high in the United States. This fear has led to the influx of many institutional investors who have been actively looking for a means to hedge against this rising tide.

While the choice of these investors in the past would have been gold, the rise of millennials in the investment space could lead to the “crowding out of gold as an ‘alternative’ currency” thereby giving room for the growth of BTC in the long run.

The bank, however, warned that if the volatile nature of the asset were to kick in again, we could see the value of the asset crumble to around $30,000 again as was seen earlier in the year but they maintained that “there is little doubt that cryptocurrencies and digital assets more broadly are an emerging asset class and thus on a multi-year structural uptrend.”