The price of Bitcoin could reach $130,000 in the future, JPMorgan's analysts noted, but this won't happen overnight. 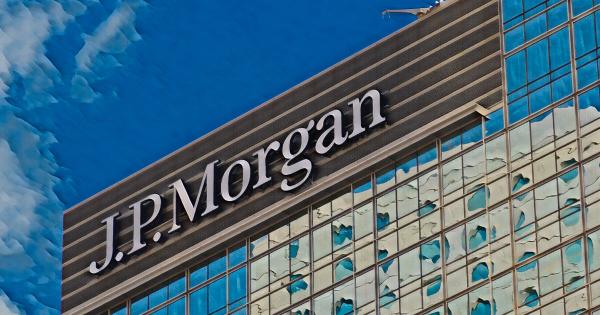 Analysts at American investment bank JPMorgan Chase & Co have updated their long-term Bitcoin (BTC) price expectations to $130,000, according to a note cited by Business Insider yesterday.

Per the note, Bitcoin has become much more attractive to institutional investors over the past few weeks thanks to a decrease in its volatility. Previously, regular massive swings of BTC’s price acted “as a headwind towards further institutional adoption,” JPMorgan noted, but the interest has recently been “reinvigorated.”

At the same time, the researchers pointed out that Bitcoin’s “digital gold” narrative continues to gain momentum. For example, traditional gold has seen $20 billion in capital outflows since last October while investments in Bitcoin increased by $7 billion during the same period.

“Considering how big the financial investment into gold is, any such crowding out of gold as an ‘alternative’ currency implies big upside for Bitcoin over the long term,” JPMorgan said, adding, “Mechanically, the Bitcoin price would have to rise [to] $130,000, to match the total private sector investment in gold.”

However, a decrease in gold’s price—from a recent peak of $1,900 to $1,700 today—has also negatively impacted Bitcoin’s price target, JPMorgan added. In early January, the bank’s experts placed BTC’s long-term potential somewhere around $146,000, but have lowered it since then.

“The decline in the gold price since then has mechanically reduced the estimated upside potential for Bitcoin as a digital alternative to traditional gold, assuming an equalization with the portfolio weight of gold,” the researchers noted.

Notably, their long-term price target for Bitcoin is based on the notion that BTC’s volatility would continue to decrease and will ultimately “converge” with gold’s at some point. However, the coin still has a long road ahead of it before that happens. Recently, Bitcoin’s three-month realized volatility amounted to 86%—compared to gold’s 16%.

“A convergence in volatilities between Bitcoin and gold is unlikely to happen quickly and is likely a multi-year process. This implies that the above $130,000 theoretical Bitcoin price target should be considered as a long-term target,” JPMorgan concluded.

As CryptoSlate reported recently, other crypto market analysts have similarly stated that Bitcoin is not “in a bubble.”

Crypto analysts say ‘not a bubble’ even as Bitcoin flirts with $60,000