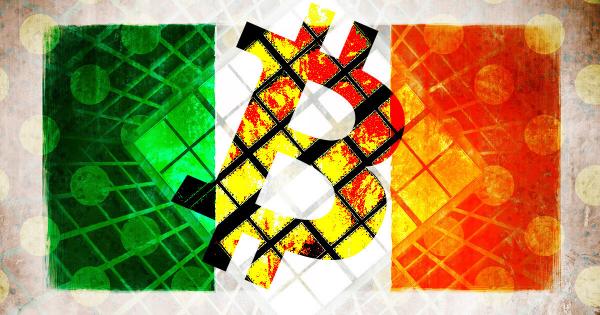 Ireland will prohibit political parties from accepting crypto donations under new political integrity laws. A report unveiled this news on April 18, noting that Irish Housing Minister Darragh O’Brien is the brains behind drafting these rules. These laws seek to prevent Russia’s interference in Irish elections.

According to the report, the rules also seek to introduce stricter rules on foreign donations. Additionally, they will mandate political parties to offer complete details of their property portfolios. Under the electoral legislation shake-up, the country would also establish the Electoral Commission, which would be in charge of regulating Irish elections.

Reportedly, this entity would have the power to issue take-down notices to social media firms. Additionally, the Electoral Commission would be responsible for clarifying any online misinformation.

O’Brien wrote to party leaders stipulating a range of measures he would introduce to help prevent foreign forces from obstructing Irish votes.

He pointed out that Russia’s invasion of Ukraine highlights the fundamental threats that all democracies face. O’Brien further noted that the Cabinet has already agreed to the new measures, which would shield Ireland against the escalating threat of cyber warfare targeting free countries.

Notably, O’Brien started his campaign to amend the laws in January and established a task force to investigate new election rules. The task force comprised political scientists and legal experts. Its responsibility was to advise on measures that help build a legal and digital defense system to prevent election interference.

This news comes as Ireland’s central bank continues assuming a hostile approach toward crypto. In the past month, the authority warned Irish investors that they risk losing all their money if they invest it in digital currencies.

Derville Rowland, the Director-General of Financial Conduct at the Central Bank of Ireland, said,

“While people may be attracted to these investments by the high returns advertised, the reality is that they carry significant risk. Before you buy crypto assets, you need to think about whether you can afford to lose all the money you invest. Do the promised fast or high returns seem too good to be true?”

Gabriel Makhlouf, the Governor of the Central Bank of Ireland, issued a similar warning in February last year, adding that he does not understand why anyone would invest in crypto assets.