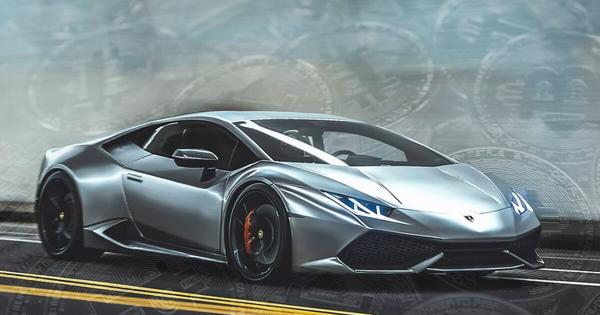 Photo by Toni Zaat on Unsplash

The partnership with the Bitcoin-focused financial services firm will give POMC’s customers access to a fully-fledged suite of Bitcoin (BTC) services, including custody and lending.

“The product does not require customers to make any interest payments during the life of the loan,” according to the press release, which explained that customers who don’t wish to sell their Bitcoin can access a portion of its value by borrowing USD, using Bitcoin as collateral.

Thanks to NYDIG’s full-stack platform, the partnership will also enable POMC to use its appreciated Bitcoin treasury holdings to finance further expansion, and allow the company’s employees to allocate a portion of their paychecks to Bitcoin.

At NYDIG, we're on a mission to safely unlock the power of Bitcoin. Our partnership with Post Oak Motor Cars will bring a unique opportunity for customers to buy luxury vehicles financed by Bitcoin and allow employees to auto-convert payroll to Bitcoin. https://t.co/pIsHmsBZlj pic.twitter.com/MjclSwZbq9

“POMC will be leveraging NYDIG’s platform to hold its appreciated Bitcoin treasury position and efficiently finance an expansion of POMC’s footprint,” the Houston-based auto dealer said.

In addition, POMC revealed that its new state-of-the-art location in The Woodlands, TX will count as the company’s first Bitcoin-financed venture.

“In today’s rapidly changing financial landscape, we are proud to partner with a firm like NYDIG to offer our customers the ability to finance a car with a loan secured by Bitcoin,” said Lonny Soza, General Manager of POMC.

One of the POMC’s customers made a Rolls Royce Ghost purchase, financed with Bitcoin held at NYDIG.

“This partnership marks an important milestone as we start to help Americans unlock the spending power of their Bitcoin through borrowing USD against it without selling their long-term Bitcoin holdings,” commented Patrick Sells, Chief Innovation Officer at NYDIG.