Michael Sonnesnshein shares a positive view of the state of the crypto markets, regardless of recent sell-offs. 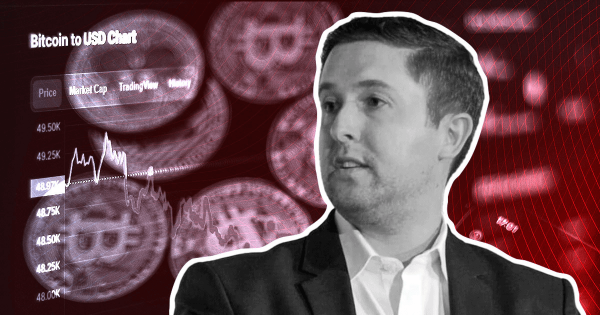 Grayscale CEO Michael Sonnenshein gave his assessment of the current state of the crypto market. And despite the doom and gloom, he remains upbeat.

The state of the crypto market

The Crypto Fear and Greed Index currently shows a reading of 12, deep within extreme fear territory. Nonetheless, the Index is up by one point from yesterday.

However, a fresh pullback on Thursday, which began at 09:00 (GMT), sees intense sell pressure on the alts. The biggest top 10 losers over the last 24-hours are Ethereum, down 7%, and Solana, which is down 8% over the same period.

As a lagging indicator, it’s likely the Fear and Greed Index will revert further into extreme fear as the chart gets updated on Friday.

Reasons for hope during the downturn

Speaking to Yahoo Finance from World Economic Forum in Davos, Sonnenshein said the current state of the market needs to be taken in context with broader macro factors. In particular, rate rises which have impacted many asset classes, not just crypto.

What’s more, Sonnenshein said pullbacks are nothing new for crypto. More crucially, he added that investors remain undeterred by the sell-off and see this as a buying opportunity based on what he’s heard.

“The recent selloff, though, from what we’re hearing from investors, has not deterred them. If anything, they’re looking at it opportunistically. And a pullback like this is nothing new in the crypto space.”

Regarding the disappearing narrative of Bitcoin as an inflationary hedge, Sonnenshein commented that having just ten years (or so) worth of data to draw from doesn’t help in this regard.

He still considers Bitcoin “digital gold,” and capable of holding its own during these challenging economic times.