A recent CoinShares report has revealed that investors believe Ethereum has the most potential for growth. 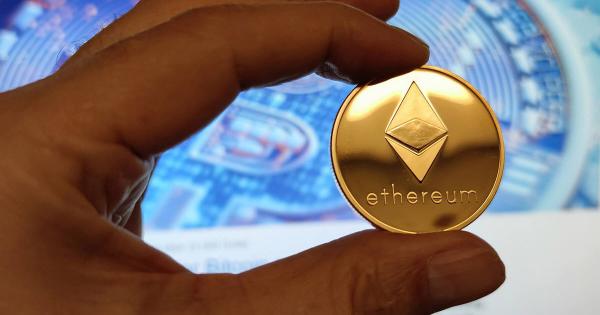 Image by Wilfried Pohnke from Pixabay

Bitcoin might be the most popular crypto asset in the world but a recent survey by CoinShares has revealed that several fund managers see more potential in the second-largest crypto asset by market cap, Ethereum, than in its more illustrious counterpart.

Ethereum has the most compelling growth outlook

According to the survey, 42 percent of the respondents believe that ETH has the “most compelling growth outlook” amongst crypto assets while only 18 percent of them thought that glory belonged to BTC.

The result of the survey is corroborated by the growth seen in the numbers of Ethereum investment products. Per available data, the market dominance of Ether this year has grown to as high as above 20 percent. Considering the fact that the figure stood at only 11 percent at the turn of the year, makes the growth more attractive.

The crypto industry is no longer a joke

The report while speaking on the growth of the entire crypto industry noted that the conversation has shifted away from what it used to be. According to the author of the report, James Butterfill, investors and the general public were looking at Bitcoin and the industry as “a joke” two years ago.

However, the industry has matured considerably now that the entire market cap of the space now stands above $2 trillion, according to CoinMarketCap, and the value of BTC, ethereum, and others running wild. This has led to the change of tune amongst many investors who now show a considerable level of interest in the altcoins space with the intent of “diversifying” their portfolios.

This view is represented in the survey where it can be seen that investment allocations to Polkadot and Cardano have increased immensely within the last year. However, Ether and Bitcoin still dominate the core of investments in digital assets.

One major surprise the survey revealed was still the reluctance of investors in Solana. Per Buterfill, less than 5 percent of the respondents thought SOL had the most compelling growth outlook.

This is surprising considering the fact that the “Ethereum Killer” has had a remarkable run this year and it is also the current seventh-largest crypto asset by market cap.

A ‘physical’ Litecoin ETF is coming to Germany’s Xetra exchange