The commission's lawsuit wants to increase consumer choice and encourage innovation instead of buying competition and narrowing the market. 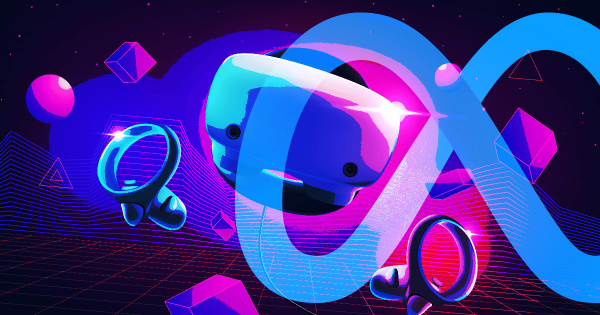 The U.S. Federal Trade Commission (FTC) has sued Meta to prevent it from “owning” the metaverse sector.

The FTC filed the lawsuit on July 27 to stop Meta’s recent attempt to acquire Virtual Reality App maker Within.

The FTC filing showed that the commission believes that Meta’s purchase of Within is another move by the company to control the space.

According to the filing, the social media giant has been trying to widen its footprints in VR “metaverse” since it rebranded to Meta.

Meta would be one step closer to its ultimate goal of owning the entire ‘metaverse.’

Within Unlimited is the developer of the popular virtual reality app, Supernatural. Meta had announced plans to buy the VR firm in October 2021, and the deal was set to be finalized by August.

The FTC said the Mark Zuckerberg-led company already has a very successful virtual reality empire and plans to expand by illegally acquiring a valuable fitness app for VR users.

“Meta already owns a best-selling virtual reality fitness app, and it had the capabilities to compete even more closely with Within’s popular Supernatural app. But Meta chose to buy market position instead of earning it on the merits. This is an illegal acquisition, and we will pursue all appropriate relief.”

The commission’s lawsuit wants to increase consumer choice and encourage innovation instead of buying competition and narrowing the market.

Meanwhile, the lawsuit comes at a time when Meta has been criticized for trying to take control of the whole metaverse space.

Stakeholders in the space have warned that Meta intends to develop a centralized and controlled system.

Reports had revealed that the firm targeted rival’s staff to build its metaverse.

However, Meta disagreed with the FTC’s views, calling it a case “based on ideology and speculation rather than evidence.”

The company denied having anMy product offering a similar experience to Supernatural and called the acquisition a way of injecting new funds into the sector.

The idea that this acquisition would lead to anticompetitive outcomes in a dynamic space with as much entry and growth as online and connected fitness is simply not credible.