Chainlink has seen mixed price action in recent times, struggling to garner any notable upwards momentum despite hovering less than 20% below its previously established all-time highs. 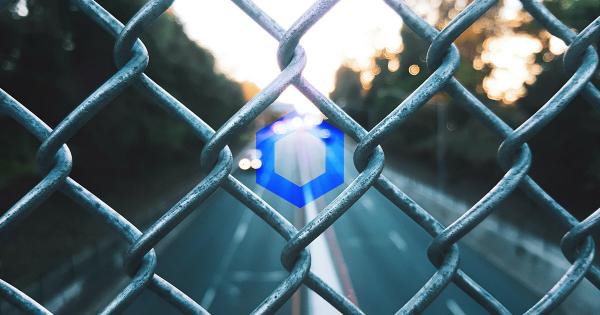 Photo by Ibrahim Boran on Unsplash

Chainlink has seen mixed price action in recent times, struggling to garner any notable upwards momentum despite hovering less than 20% below its previously established all-time highs.

The cryptocurrency now appears to be gearing up for another push higher, as analysts are noting that it may see some momentum that is catalyzed by its defense of the support it has established around $4.00 over the past couple of weeks.

This potentially imminent upswing could send LINK back to its all-time highs, but it is possible that some subtle signs of fundamental weakness will hinder this potential uptrend.

Chainlink flashes signs of technical strength as analysts set their sights on $5.00

At the time of writing, Chainlink is trading up three percent at its current price of $4.16.

The cryptocurrency has been able to post a similar gain against its BTC trading pair as well and is now showing signs of strength as it begins decoupling from the rest of the market.

LINK has a historical tendency to incur intense parabolic trends during times of stability or lackluster trading within the rest of the market.

With that being said, this current uptick in its price could mark the start of another sharp movement.

As for where it could lead the crypto, analysts do believe that it will favor buyers.

Michael van de Poppe – a former trader at the Amsterdam Stock Exchange – spoke about this possibility, explaining that the support that buyers have established around $4.00 over the past several days and weeks could provide it with a serious boost.

“Chainlink: Still following the plan in which green held. Preferably I’d like an HL or at least support at $4 to be held. If we continue grinding, I suspect we’ll touch the ATH range and test between $4.60-5.”

Mixed signs of fundamental outlook could hamper LINK’s next upswing

It is important to note that the cryptocurrency’s fundamental strength – per on-chain data – seems to be offering mixed messages.

According to blockchain data visualization tool IntoTheBlock, the cryptocurrency has seen a sharp dive in the number of large transactions occurring on-chain.

They define large transactions as those having a value of $100,000 or greater and note that sustained declines in this metric contribute to a crypto’s fundamental weakness.

As seen on the above chart, Chainlink saw zero large transactions yesterday – the lowest amount seen in 2020.

Although this could be a result of its largely range-bound trading over the past few weeks, it is a trend that should be closely watched in the days and weeks ahead.