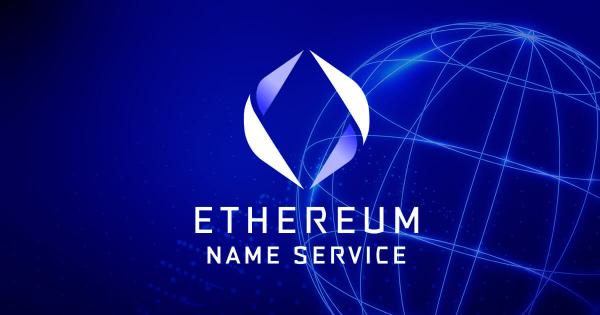 ENS, Ethereum Name Service, is a service mapping Ethereum addresses to human readable domain names ending with .eth, such as vitalik.eth instead of 0xd8da6bf26964af9d7eed9e03e53415d37aa96045.

The ENS service is becoming increasingly popular among Ethereum users and others; it has become a trend to display ENS names in people’s Twitter profiles, including those for celebrities like Paris Hilton.

However, ENS names have much more practical use cases than “flexing” them in Twitter profiles, the address-to-name mapping being just one. Other functionalities include reverse mapping, user profile data like Twitter handles and email addresses, and integration with the global DNS (Domain Name System) domain names. ENS .eth names are NFTs.

Half a million registered .eth names

On top of that, over 632,000 total names have been registered, including subdomains, and DNS names imported into ENS. The latter number is what the ENS team is predominantly looking at, according to team member and ENS director of operations Brantly Millegan.

“We look at total number of names on ENS, including .eth names, subdomains, and DNS names imported into ENS. We also really focus in on number of integrations, since it’s how many services actually use ENS. That number is at 443 and we’re very proud of that”, Millegan says in a Twitter DM conversation with CryptoSlate.

Future is in the hands of the community

The ENS team have high ambitions for the future, now in the hands of the ENS DAO and the broader community that governs the project since the drop of the ENS token. The token has had a somewhat moderate price action after peaking just days after the drop at $83.4 on the 11th of November. Since all-time-high, the ENS token is down 66.7 percent, trading at $27.9 at the moment of writing.

Dropping the line “you were airdropped responsibility” as a comment to the token price action after the airdrop, Brantly Millegan likes to put focus on greater things than money.

“ENS is an attempt at a new protocol of the internet, and hence is non-profit, specified with EIP standards, and community owned. We’re all about building something that people will still be using years from now, rather than just hyping gameable metrics in the short term”, Millegan says.