Bitcoin’s value in the last seven days has grown by around 15%. DeVere Group's CEO Nigel Green has predicted that Bitcoin could reach $50k this month. According to him, the impressive performance of the token in the past few days gives it the momentum to reach that landmark price. 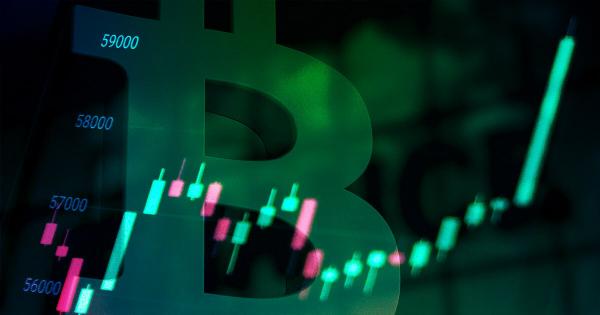 This bullish prediction isn’t surprising given that the Bitcoin market cap has increased by almost 15% in the last seven days.

Despite the global tensions resulting from Russia’s invasion of Ukraine, Bitcoin has been performing beyond expectations. After initially slumping below $35k following the news of the invasion, it has risen and now trades around $44k.

Crypto experts believe that geopolitical tensions might be fueling the performance of the token. In Green’s opinion, this, along with institutional investments, is the key driver for performance.

“The Ukraine-Russia situation has caused significant financial upheaval and individuals, businesses and indeed government agencies are looking for alternatives to traditional systems.”

He added that with banks closing, ATMs running out of cash, and international payment systems like SWIFT becoming weaponized, a decentralized and neutral monetary system looks more attractive.

Following Russia’s actions, world powers imposed economic sanctions on the country, and that’s already hurting its financial system. Its currency, the Ruble, has dropped by about 30% in value, and several of its banks have been cut off from SWIFT.

In a bid to make deposits attractive and prevent capital flight, the Central Bank of Russia recently increased the interest rate to 20%. In addition, it has imposed a rule that prevents foreign investors from selling their securities or assets in the country.

While the sanctions might be welcome, it also shows how certain groups can weaponize the financial system against others and why there might be a need for alternatives.

Some market analysts believe Bitcoin is a viable alternative and that’s why its price is rising. Sharat Chandra, VP- Research and Strategy, EarthID, pointed out that the current situation shows the fault lines in the traditional financial world and why crypto is a good option.

Not only are residents buying crypto, but even government and NGOs are receiving crypto to fund war efforts. Over $33 million worth of crypto has been donated to the Ukrainian war efforts.

Ran Neuner on building a live and credible 24/7 crypto community, predictions for 2021 and more

KardiaChain CTO on bringing the whole Vietnamese population onto the blockchain, crypto predictions and more

Top Bitcoin and crypto investors explain their predictions for 2021