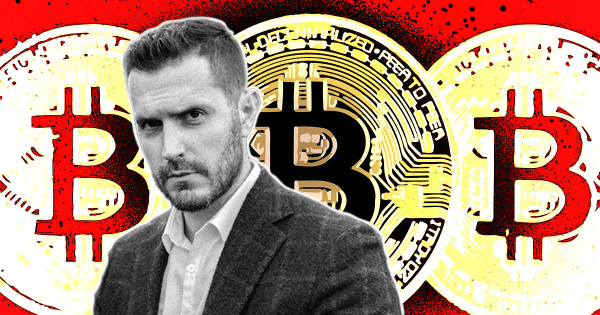 Instead of forgiving $10,000 in student debt, Biden should have given each person $10,000 in #Bitcoin, locked up for 10 years in a smart contract that pays off the remaining balance of the student debt once it’s released.

The former political advisor suggested the U.S. government give every indebted individual $10,000 in BTC locked in a smart contract. By the end of the lock-in period, Porter assumes the dollar equivalent value would be more than enough to repay the loan balance.

Aside from the improbability of this happening, the crypto community also chimed in with feedback on Porter’s idea.

The Biden administration comes under fire

On August 24, the White House announced a student loan relief package canceling $10,000 in debt for those earning less than $125,000 per year. While low-income families who had received the Pell Grants qualify for $20,000 of debt forgiveness.

“To finally think about buying a home or starting a family or starting a business. And by the way, when this happens, the whole economy is better off.”

On the whole, mainstream media has spun the story into a positive event. For example, the Financial Times dismissed inflation risk, calling the relief program “an economic nothing burger.” Meanwhile, Reuters suggested it could lead to price deflation.

However, critics raise several issues with the program. Chairman of the Republican Party of Texas, Matt Rinaldi, pointed out that the money has to come from somewhere, and it will be “truck drivers and plumbers” footing the bill.

Harvard has a $42 billion endowment. Yale’s is $31 billion. But Biden will tax truck drivers and plumbers to pay the student loans that built those empires.

Similarly, political commentator Ben Shapiro chimed in to voice a message of personal responsibility and, much like Rinaldi, blasted the idea of collectively bailing out those who acted financially irresponsibly.

I have a controversial idea about paying off student loan debt: don't take out debt you will likely be unable to pay off, and don't ask others to pay off your debts.

Bitcoin to the rescue(?)

Adding fire to the already politically charged debate, Porter suggested the $10,000 due to qualifying persons could be used to buy Bitcoin, which is then locked in a smart contract that enables access after ten years.

Upon the lapse of the lock-in period, the funds would be used to pay down the balance of the individual’s student debt.

Instead of forgiving $10,000 in student debt, Biden should have given each person $10,000 in #Bitcoin, locked up for 10 years in a smart contract that pays off the remaining balance of the student debt once it’s released.

Commenting on Porter’s idea, @DavidShares called it a “horrible take” in that this would require the U.S. government to custody BTC.

Based on the concept of Bitcoin maximalists supporting only self-custodial spot BTC, others questioned the use of smart contracts and even whether Bitcoin supports such functionality.

Porter pointed out that smart contracts are “the centerpiece” of the Lightning Network, including a link to documentation on Hash Time-Locked Contracts. 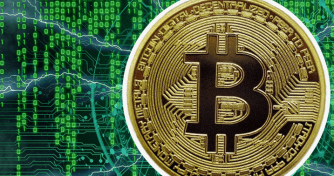 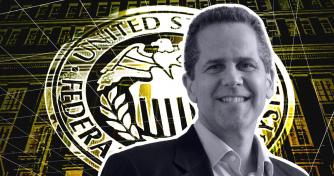 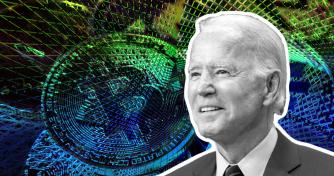 Dennis Porter is the co-founder and chairman of Satoshi Action Fund,  a 501(c)(4) non-profit educational organization dedicated to informing policymakers and regulators about Bitcoin mining’s benefits and how it can be used as a tool to support other public policy goals. Learn More