World renowned artist Damien Hirst is burning 4851 physical art "tenders" for his NFT project Currency. Included are 1,000 of his personal collection as he states he will not keep any physical pieces. 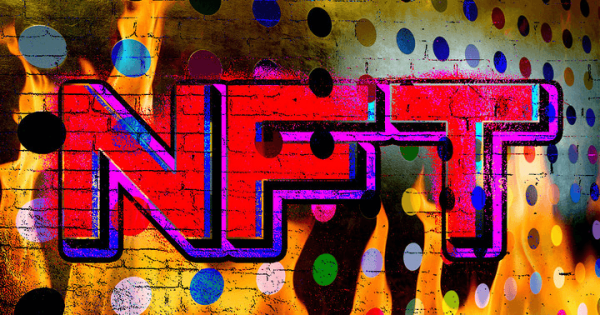 Damien Hirst’s NFT project, Currency, is made up of 10,000 unique art pieces made up of colored spots on an A4 sheet of paper. The artwork is signed, numbered, and includes a hologram watermark similar to a banknote to prevent forgery.

In an exciting spin, Hirst decided that owners would have the choice to either keep the NFT or trade it in for the physical version; no one would be able to keep both. Hirst told the Financial Times,

Hirst revealed in a Tweet on Wednesday evening that “the final numbers are 5,149 physical and 4,851 NFTs,” meaning 4,851 Damien Hirst signed physical art pieces will now be burned and gone forever.

The year is over boom 💥 that was quick! and we have all had to decide: NFT or physical? The final numbers are: 5,149 physicals and 4,851 NFTs (meaning I will have to burn 4,851 corresponding physical Tenders). pic.twitter.com/xCUJ0gviZ0

Hirst had a decision to make on his collection of 1,000 Currency pieces. He stated, “in the beginning I had thought I would definitely choose all physical… Then I thought half- half and then I felt I had to keep all my 1,000 as NFTs.” He relayed the struggle he faced moving into the NFT space.

Seemingly bullish on the future of NFTs and digital artwork, he continued,

“I believe in art and art in all its forms but in the end I thought fuck it! this zone is so fucking exciting and the one I know least about and I love this NFT community it blows my mind.”

The artist commended the NFT community, comparing it to the “bollox” he has seen in the physical art world over the years.

I have been in the physical art world a long time and I expect people to have agendas and shit, and I’ve seen a lot of bollox and I’m amazed at how this community breeds support and seems to care about shit so in the end I decided I have to keep all my 1000 currency as NFTs…

Hirst, who has dominated the UK art scene since the 1990s with artwork selling for millions of dollars throughout his career with exhibitions in the world’s top art galleries, remarked that he has “learnt so much” in the year he has been involved in this NFT project.

I have already learnt so much and it’s only been a year and I am so proud to have created something alive, something mad and provocative and been a passenger (along with all the other participants in the currency) and to help build a fantastic community on @HENI.

The community response on Twitter was overwhelmingly positive, with collectors asking for the burning to be preserved as an NFT and declaring it “the most legitimate innovative integration of tradart and crypto.”