In a recent legal filing against crypto exchange Kraken, Wright cited the BitcoinTalk forum posts as proof that he is the real Satoshi. 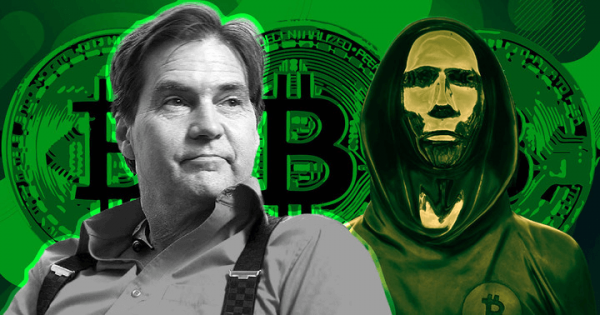 Craig Wright, who famously claims to be Satoshi, the investor of Bitcoin, appears to have conflicting views as to the relevancy of Satoshi’s posts on the notorious BitcoinTalk forum. In a blog post from March 2020, Wright stated that not all posts coming from the Satoshi account on BitcoinTalk actually belonged to Satoshi.

“It is a myth that all the posts on Bitcointalk (bitcointalk.org) from my account (Satoshi) are in fact mine and have not been edited or changed and that the login on the website belongs to me. Satoshi (I) never used Bitcointalk. My final post, in fact, links to a domain that does not exist.”

However, in a recent legal filing against crypto exchange Kraken, Wright cited the BitcoinTalk forum posts as proof that he is the real Satoshi. A copy of the court filing obtained by CryptoSlate illustrates Wright using Satoshi’s BitcoinTalk posts as evidence that “the core design for Bitcoin was fixed.”

Content creator Hodlonaut highlighted the discrepancy on Twitter citing ambiguity in Wright’s arguments in relation to the relevancy of the Satoshi BitcoinTalk posts.

First image is from the lawsuit Craig recently filed against @krakenfx

Second and third images are from Craig's own blogpost, still up at https://t.co/IE30knRI1J

There seems to be a conflicting view of the BitcoinTalk forum within Wright’s camp. In some instances, he leans on posts made by Satoshi and at other times he claims that these posts cannot be trusted. He went as far as to say “there is nothing stopping the current administrators of bitcointalk from posting as satoshi.”

As of press time, there have been no further statements by Wright or his legal team on the outlined discrepancies in the narrative.

It is important to note that Wright recently lost a lawsuit against Hodlonaut on Nov. 20, 2022. Wright claimed that social media posts by Hodlonaut constituted defamation as Hodlonaut argued that Wright was not in fact Satoshi.

The defendants in the case have until Nov. 28 to prepare their defense and submit evidence to the High Court of Justice in the United Kingdon of England and Wales.