PlatON, initiated and driven by the LatticeX Foundation, is a next-generation Internet infrastructure protocol based on the fundamental properties of blockchain and supported by the privacy-preserving computation network. “Computing interoperability” is its core feature. The PlatON computing network is essentially a decentralized FaaS (Functions as a Service) platform. Correspondingly, smart contracts can be considered as functions on FaaS.

LAT is the native token of PlatON. It is a kind of “digital currency”. You can send it on the PlatON network or use it in the PlatON application. 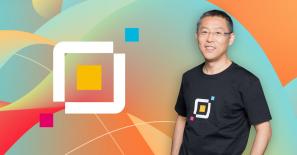 All images, branding and wording is copyright of PlatON. All content on this page is used for informational purposes only. CryptoSlate has no affiliation or relationship with the coins, projects or people mentioned on this page. Data is provided by CoinMarketCap, Coinpaprika and TradingView.