Cloud computing giant Salesforce is working on an NFT platform

The $21.25 billion revenue company is looking to enter the NFT market. 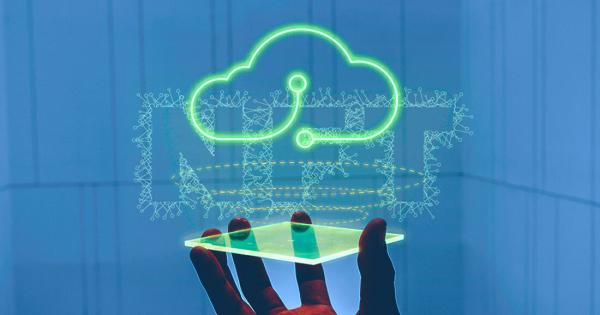 Salesforce, the world’s largest cloud-based software company, is reportedly working on its own NFT product, called the NFT Cloud.

Salesforce’s CEOs Marc Benioff and Bret Taylor revealed the plans to the company’s employees during a sales kickoff on Wednesday, sources close to the matter revealed.

The company’s co-CEOs shared their vision for an NFT cloud service that would enable artists to create content and release it onto NFT marketplaces. People that reportedly attended the meeting told CNBC that they referenced the NFT collection Pepsi released last December, saying that the Mic Drop collection is an example of a good foray into the industry.

NFTs issued through Salesforce’s NFT cloud platform could be released to marketplaces like OpenSea, where they could access billions of dollars worth of liquidity.

According to CNBC’s source, Salesforce also said that it could integrate the tool into its own ecosystem and enable all of the NFT transactions to be more easily managed. A marketplace owned and operated by Salesforce would then remove the need to have the platform connected to OpenSea and potentially transfer all that trading volume directly to Salesforce.

And while the cloud computing giant’s foray into NFTs is the first time the company has dipped its fingers in the new asset class, comments and actions from Salesforce’s top executives hinted at this months ago.

“To unlock their full potential, brands are going to have to start creating utility via the token,” Sweezey wrote in a blog post. “In 2022, you’re going to hear a lot more about NFTs, and there will be winners and losers.”

Sweezey said the latest project from Time magazine was a great example of how NFTs can be used beyond the novelty phase. Last spring, Time released TIMEPieces, a collection of NFTs giving owners access to magazine content and events.

Salesforce’s interest in the NFT space stems back to the release of TIMEPieces, as the magazine is owned by Marc Benioff and his wife. In November, Time established a partnership with Galaxy Digital to add Ethereum (ETH) to its balance sheet, making it the first leading media company to do so.