The internet regulator vowed to crack down on online promotion of cryptocurrency to protect the financial interests of the people. 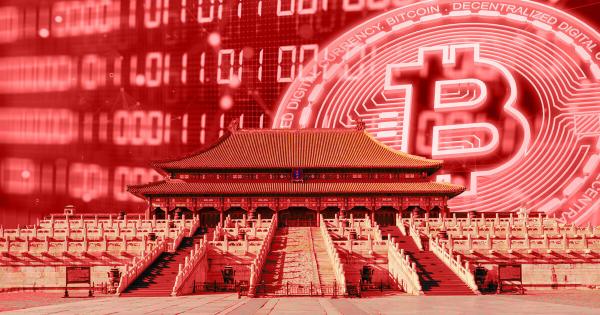 The Cyberspace Administration of China (CAC) issued a new warning about “illegal information, accounts and websites” promoting cryptocurrency on August 9.


CAC on a mission to clean up cryptocurrency propaganda

In May 2021, authorities clamped down on Proof-of-Work mining. This was soon followed by the People’s Bank of China enacting a complete ban on cryptocurrency transactions in September 2021. The central bank said virtual currencies facilitate financial crime and pose risks to the financial system.

However, approaching a year since the transaction ban, China’s internet regulator said online “related activities” continue to proliferate. While pledging to “clean up and deal with” internet content that promotes and hypes digital currencies

“With the rise of virtual currency, related activities such as speculation, hype, and fraud have become more and more intense.“

The agency maintained that such material is false propaganda, such as the promise of high returns, and that participation will lead to financial loss.

“Some netizens are confused by false propaganda such as high returns on investment in virtual currency, and blindly participate in related trading activities, which brings more damage to their own property.”

The notice reminded websites of their responsibilities to follow previously issued guidelines on the matter. It added that, under the rules, Weibo and Baido had de-platformed 12,000 users who violated the guidelines, removed 51,000 posts on cryptocurrency promotional material, and closed 105 websites.

The CAC said it would continue to crack down on “illegal financial activity” related to cryptocurrency to protect people’s safety.

A recent article from Bitcoin Magazine speculated that China’s tough stance on Bitcoin and cryptocurrencies boils down to “central planners” trying to cling to power and control, while attempting to keep the fiat system ticking over.

“banning bitcoin — a pure outgrowth of the free internet and rejection of centralized power, an essential tool to combat the coercion of fiat.”

In particular, the author drew attention to China’s attempt to stem capital flight using strict monetary controls. In conjunction with the Bitcoin ban, the play is described as an attempt to “sealing off all possible avenues for escape.”

Worse still, the scope of control increases under a digital yuan, which may explain why China is pushing hard for a nationwide rollout.