Aiden Pleterski and his cryptocurrency company AP Private Equity Limited allegedly cheated $35 million out of 140 investors while living in luxury. 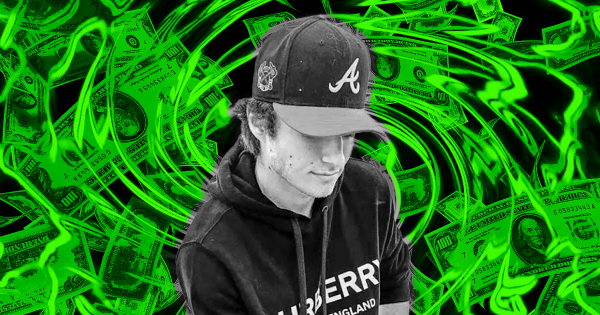 A 23-year-old self-proclaimed “Crypto King” from Ontario had $2 million in assets confiscated as his investors scramble to recoup millions of funds allegedly paid to him and his company, according to a Sept. 20 CBC report.

Creditors are working earnestly to investigate where the funds of at least $35 million entrusted to “Crypto King” Aiden Pleterski and his company, AP Private Equity Limited, have gone.

The assets confiscated from Pleterski include two McLarens, two BMWs, and a Lamborghini.

The report also revealed that when questioned about other potential assets, specifically if he had ever owned a watch, he told the creditors’ meeting that “he has never owned a watch with a value greater than $600,000.”

There is a $13 million bankruptcy proceeding against Pleterski. Approximately 140 investors who handed over a collective $20 million fund have responded to a call-out for information from a fraud recovery firm investigating the case.

Another lawsuit filed by an investor who claimed to have lost $4.5 million to Pleterski effectively froze Pleterski’s bank accounts and assets worldwide. The case is currently preceded by the bankruptcy proceeding, which means the recovery process for investors at the moment before the investor-led civil claims against Pleterski ensue.

Pleterski’s lawyer, Michael Simaan, wrote in an email to CBC Toronto that Pleterski denies many of the “wildly exaggerated” financial claims against him.

Pleterski also denied ever soliciting money since investors approached him when they saw Pleterski’s success in making money from trading cryptocurrency, according to his lawyer.

In the creditors’ meeting, Pleterski claimed he had lost most of the investors’ funds from late 2021 and early 2022 in several margin calls and botched trades. Still, Pleterski has provided no evidence of bank statements or trade transactions to back the claim.