Blooomberg’s Mick McGlone is predicting that the price of BTC could finally reach $100k in 2022. 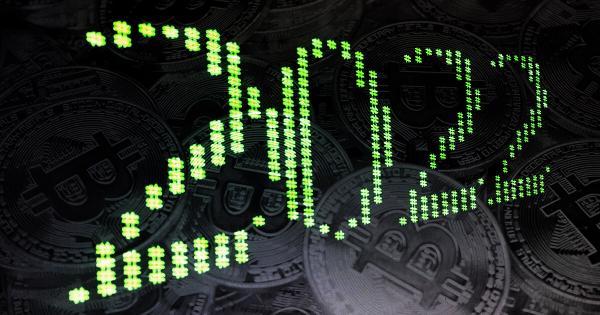 With the year coming to an end in the next 22 days, the chance of Bitcoin meeting its $100k target is getting slimmer with each passing day especially as the coin recently witnessed a price correction that took it below the $50k level again.

As it stands, it appears experts are beginning to give up on the $100k prediction of the flagship crypto-asset with some already looking forward to 2022 as the year when BTC would finally reach the price.

One such is the senior commodity strategist at Bloomberg’s research, Mick McGlone, who wrote in a tweet that 2022 would favor Bitcoin and Gold, as both would hit $100k and $2k, respectively, due to deflationary forces.

Analysts have speculated that the next  U.S. Consumer Price Index (CPI) data coming on Friday would show a significant 6.7% year-on-year increase. According to McGlone, this increasing inflationary pressure would have a ripple effect on commodities prices and equities. However, this inflation rate could help push the value of BTC and golf to new highs. “$100,000 Bitcoin, $50 Oil, $2,000 Gold?”

He continued that “Peaking commodities and the declining yield on the Treasury long bond point to risks of reviving deflationary forces in 2022, with positive ramifications on Bitcoin and gold.”

One of the most popular predictions for Bitcoin this year was that its value was going to break the $100k price. Members of the crypto community had expected an upward price movement of the digital asset after it reached its new $68k ATH in early November.

However, the market witnessed a massive sell-off which saw the coin drop to as low as $42,000 before rebounding to its current price of $48,379. Already, some crypto analysts have stated that we might have witnessed the coin’s ATH for this year.