Bitcoin rises to over $40k as Feds increase rate

Major traditional banks in the US have increased their base lending rates due to the Fed hiked interest rates. 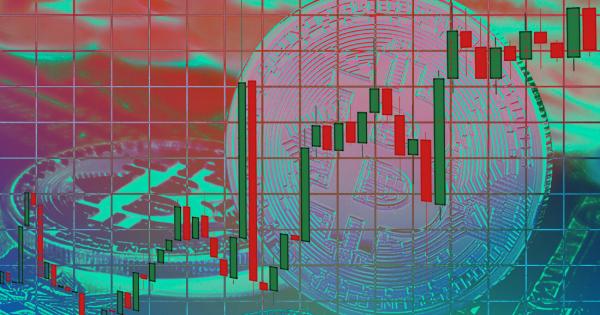 The Federal Reserve has issued a public statement announcing a hike in interest rate after the FOMC meeting.

According to the statement, the Committee has decided to “raise the target range for the federal funds rate to 1/4 to 1/2 percent.” It also revealed the plans of ongoing increases when the need arises.

The Committee also mentioned the conflict in Ukraine, stating its belief that this could further increase inflation. Since October, inflation has been climbing steadily and reached a 40 year high of 7.9% in February.

The Committee only increased the rate by 0.25%, with eight people voting in support of this while one member voted for the higher 0.5%.

However, there’s a chance of more hikes later this year if this particular one doesn’t have the desired effect on inflation rates.

According to Feds chair Jerome Powell, the median projection of the Federal funds rate by the end of the year is 1.9%.

Banks up their lending rates

Since the announcement, major banks in the US, including Citigroup, Wells Fargo, Bank of America Corp, and JP Morgan Chase, have all announced an increase in their base lending rates; they’ll be increasing the base lending rate from 3.25% to 3.5% starting Thursday.

Per Reuters, these traditional banks tend to thrive in a high-interest environment because “they earn from lending and pay-out on deposits and other funds.”

How the crypto market reacted

When the news of the increase broke, Bitcoin dropped below $40k. But it has since bounced back with a 3% rise over the last 24 hours and now trades well above $40k.

With the rise of Bitcoin, other digital assets have also had a positive performance in the last 24 hours. The total market cap of crypto assets increased by close to 2% to around $1.8 trillion, as of press time.

Some in the crypto community think that this hike would mean less liquidity for the industry but the percentage of the hike has always been expected. Given that it was only a slight increase, its effect on the crypto performance might not be that significant.

Apart from raising the interest rate, the Feds also plans to reduce Treasury securities and agency debt holdings in its next meeting. This is part of an agreeing attempt to reduce its balance sheet.