Bitcoin’s network has overtaken PayPal in the amount of dollar value it processes and could soon match that of Mastercard as it already processes 27% of its value. 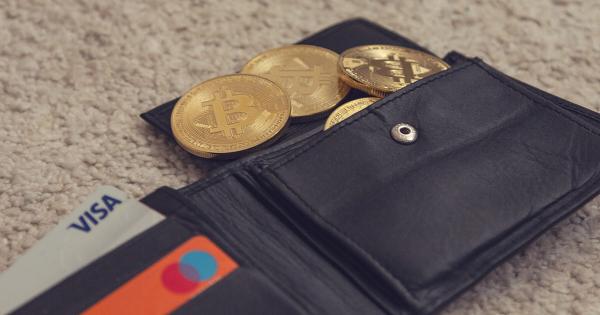 Image by Bastian Riccardi from Pixabay

Just recently, Bitcoin overtook the giant payment tech company, PayPal, in terms of value transfer. At the time of writing, the Bitcoin network recorded about $489 billion in processed value per quarter while PayPal’s value was around  $302 billion.

While this represents a major milestone for the crypto industry, the value pales significantly against that of Mastercard and Visa—the other leading payment companies in the world.

Per available data, the two credit card giants processed around $1.8 trillion, and $3.2 trillion worth of transactions in the previous quarter respectively.

If Bitcoin’s network value is compared against those two, it would represent just 27% and 15% of the transaction volume processed by those giant fintech companies.

How Bitcoin can match Mastercard, others

“If Bitcoin were to increase its value transferred per transaction today by 260%, it would be processing an equivalent volume to Mastercard on a daily basis.”

The report also identified a rise in the price of Bitcoin as another potential factor that could send the value process of the Bitcoin network to the same level as Mastercard.

According to the report, if the flagship continues at the pace of its current growth, it would match Mastercard’s level in a couple of years, i.e. if the current pace of growth is sustained, Bitcoin could be processing the same level of transaction with the payment company by as early as 2026.

However, if Bitcoin’s yearly average price is put into consideration, it could take as long as 2060 before the network is able to match that of Mastercard.

The report concluded that even if BTC is unable to match that of those payment companies soon, it has performed admirably well for a network that began a little over a decade ago.

Whales bought 40,000 Bitcoin during the dip this week