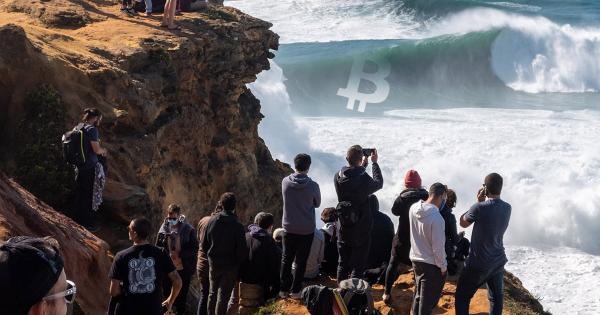 Photo by Gil Ribeiro on Unsplash

According to researchers at Santiment, Bitcoin has been in an “overbought territory.” Merely two hours after the report came out, BTC dropped 4 percent.

Possibly due to the uncertainty around the U.S. election on November 4, the cryptocurrency market saw a steep pullback. As Bitcoin declined from $13,750 to $13,200, Ethereum and other major cryptocurrencies also plunged.

Bitcoin at risk of a short-term correction, but it’s not all negative

Bitcoin is showing signs of a short-term price drop for the first time since its rally in September. The daily candle of BTC dropped below the 10-day moving average, which has not happened since early October.

But as researchers at Santiment noted, the rally of Bitcoin was quickly becoming overcrowded. It rose 33% in just 23 days, as the market started to show signs of fear of missing out (FOMO).

As such, a decent-size pullback at a major resistance level at $14,000 is a positive for the sustainability of the rally. Santiment said:

“The new MVRV Divergence Model from Santiment indicates that #Bitcoin is in overbought territory, according to profits by average traders over various timeframes. Particularly in the past 6 months time range, average $BTC traders are +114.7% in profit.”

A near-term corrective phase was always likely due to the overwhelming majority of the market being in profit.

On October 27, Glassnode analysts said that the number of Bitcoin millionaires exceeded 20,000. This did not occur since January 2018, after BTC hit an all-time high at $20,000.

The high percentage of Bitcoin addresses being in profit means the number of potential investors that could sell BTC has risen. The analysts said:

“The number of #Bitcoin millionaire addresses (addresses holding ≥ $1M worth of $BTC) crossed 20,000. It is the highest value since January 2018.”

Bitcoin correcting after a two-month-long rally is positive for two reasons. First, it offsets the overly enthusiastic market sentiment and neutralizes both spot and derivatives markets. Second, it would be considered a normal market reaction in anticipation of major macro events, like the election.

Technically, Bitcoin consolidating above the $13,200 to $13,300 support range strengthens the base of the rally.

Cantering Clark, a trader and a technical analyst, said:

“That 12.9 idea is for a flush of the low but no need to think too many levels out given how strong the trend has been. Best to deal with the first sticky areas. This 13.2-13.3 area is a good area technically for us to find a base.”

The short-term moving averages show that the $12,200 to $12,500 range remains a major support area. As long as BTC stays above $12,200 and reclaims $13,300 even after a big pullback, the overall structure would remain positive.

The DeFi sector has been caught in the throes of a relentless selloff over the past two months, with bulls unable to gain any traction as many of the tokens sink against USD and Bitcoin.