Dave Portnoy is now a "proud owner of one Bitcoin," despite swearing to never buy the crypto again. 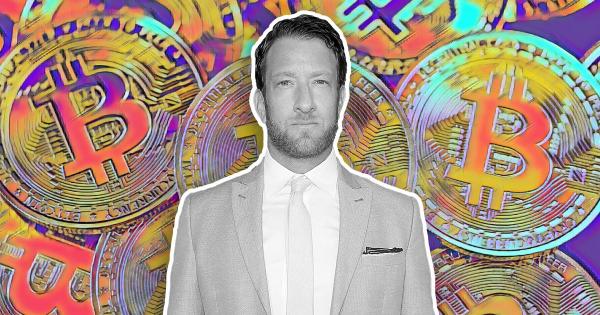 Dave Portnoy, president of pop-culture and sports-focused media company Barstool Sports, today revealed that he bought one Bitcoin—after swearing that he will never do it two months ago.

“Breaking: I am the proud owner of 1 Bitcoin,” Portnoy tweeted today.

Breaking: I am the proud owner of 1 #Bitcoin @blockfolio pic.twitter.com/AkTafc70S2

“I did buy one Bitcoin. When it was at $48,000, it’s all I could afford. Fifty grand and I own one Bitcoin right now. I don’t own any DOGE. I sold DOGE, not at loss. I bought it high, when Dogecoin didn’t go, I sold it and moved on, bought one Bitcoin. I’m a proud owner of one Bitcoin. Not including all the Bitcoin that I lost in the ether, like, four years ago,” Portnoy said in the video.

Notably, the president of Barstool Sports has a tumultuous love/hate relationship with cryptocurrencies. Last August, Portnoy said that he invested $1 million in Bitcoin (at roughly $11,500 at the time) and Chainlink, speaking quite positively about digital assets.

Just two weeks later, however, he sold all his crypto as prices dipped, losing about $25,000 in the process, by his own admission. Since then, Portnoy has been criticizing Bitcoin and even swore to never buy it again in February.

“Bitcoin is the only thing that doesn’t go down, 51 thousand. Bitcoin is fucking 51 thousand, and 11 thousand in August. Jesus Christ,” Portnoy said in his video, adding, “I’m never buying Bitcoin. Never. Never-never. I don’t believe a thing about it. But I do think it’s profitable. I think with enough steam, that it may just continue to go up forever, but I don’t buy the underlying junk behind it.”

Now, it looks like the “underlying junk” won after all.

Dave Portnoy says he may “save” Chainlink after LINK dives 25%