Fans experience during Australian Open is about to change as the tournament introduces them to Metaverse and NFTs. 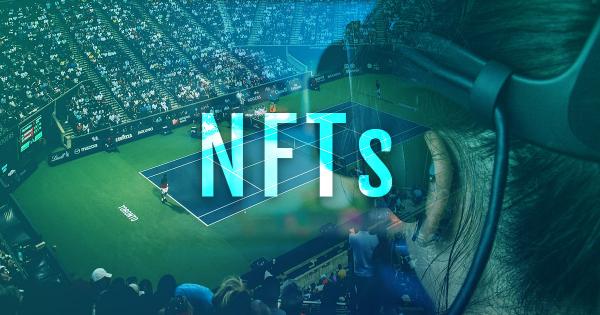 The adoption of blockchain technology by various industries in the world is on the rise, the sports industry just took another step in that direction. This step was taken by the organizers of one of the biggest Grand Slams in the world, Australian Open.

According to organizers of the competition, the tournament is set to become the first-ever Grand Slam to incorporate non-fungible tokens (NFTs). This was first revealed by a Gizmodo report.

Australian Open to incorporate NFTs into the tournament

An analysis of the plan indicated that there are multiple dimensions through which NFTs would be incorporated into the sporting competition.

To start with, a collection of 6,776 NFTs will be made available to the public. This collection has been dubbed “Art Ball NFTs.” Aside from this, there are also clear indications that several small plots would be tied to each Art Ball.

Further analysis indicated that the incorporation of the NFTs would be designed in a way that ensures that for every winning shot made from the tournament’s 600 matches, verified owners will get an airdrop.

This airdrop would also include a film of the point, virtual wearables, Australian Open merchandise, among other things.

It is important to note that if the winning point occurred during a championship match and lands on a plot, the real ball would be handed to the NFT owner in a case with a bespoke engraving. The court location for each NFT will be selected when the collections are minted on January 13 for 0.067 ETH (about $350) per piece.

“The NFT-associated court plot will be allocated at random and disclosed upon ball minting. This means that a buyer is not able to choose a particular spot on the court.”

Australian Open to have its own competition in the metaverse too

The landmark tournament is also structuring an online competition on the renowned metaverse platform, Decentraland.

As the tournament is set to begin on January 17, fans can virtually participate in an AO Decentraland global party, which would be a three-dimensional VR platform that would give tennis enthusiasts opportunities to scout the Australian Open.

Due to the Covid-19 pandemic which has held the world at a standstill, physical attendance at events like the Australian Open has been difficult. This, invariably, has led to the rise of virtual events and places around the world.

According to Craig Tiley, the Australian Open tournament director, the surfacing technology wave will give tennis enthusiasts from all parts of the world a chance to participate in the 2022 Australian Open in such a manner like has never been seen before.

$1.5 Million worth of Moonbirds NFTs are stolen by hackers in a phishing attack