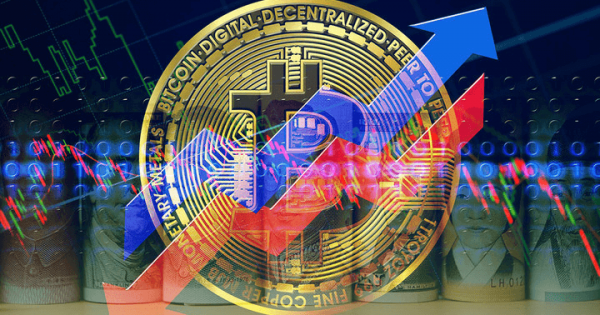 On-chain analysis revealed the extent to which Asia continues to play the role of “smart money,” whereby Asian investors have a knack for buying in times of fear or selling at the top.

The chart below shows the Bitcoin Month-over-Month Price Change (MoMPC), over 30-days, for the regional price of all three localities.

A two-step process determines the regional price. Firstly, price movements are assigned to a region based on Asian, European, and U.S. working hours. Geolocation of Bitcoin supply is performed probabilistically at the entity level. The timestamps of all transactions created by an entity are correlated with the working hours of different geographical regions to determine the probabilities for each entity being located in Asia, Europe, or the U.S.

An entity’s balance will only contribute to the supply in the respective region if the location can be determined with a high degree of certainty. Supply held on exchanges wallets is excluded.

Regional prices are determined by calculating the cumulative sum of each region’s price changes over time.

For the past two years, Asia outperformed Europe and the U.S. in terms of selling at the top and buying during fearful market sentiment.

For example, November 2021’s market top saw massive distribution from Asia. Similarly, Asia was selling during July and August’s relief rally, as BTC headed to $25,000, while Europe and the U.S.  bought.

Currently, with Bitcoin dropping below $20,000 over the weekend, the MoMPC shows Asia is buying as the rest of the world is caught in fear.

The chart below shows regional price change from a Year-on-Year view. It demonstrates that Asia has been extremely bullish on Bitcoin since the Terra LUNA/UST collapse, buying at the suppressed prices. Conversely, Europe and the U.S. have been selling.

Likewise, during the bull run of 2020 going into late 2021, the U.S. were huge buyers, while Asia was a net seller, further demonstrating Asia as the smart money region.