Basis, one of the earliest DeFi stablecoins in the industry, has been resurrected into Basis Cash and relaunched by a new anonymous team. 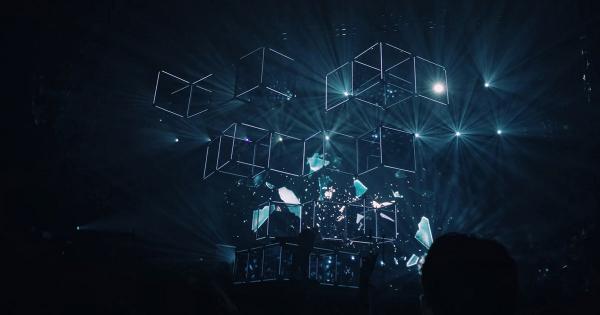 Basis, one of the earliest DeFi stablecoins in the industry, has been resurrected into Basis Cash and relaunched by a new anonymous team. In an interview with CryptoSlate, the project’s anonymous lead Rick Sanchez said that his developer group decided to remain anonymous to avoid censorship, adding that the sole motivation behind Basis Cash was academic satisfaction.

Early DeFi protocol Basis comes back with a bang

One of the earliest DeFi algorithmic stablecoins, Basis, is being brought back from the grave. The protocol was launched in 2018 in a bid to create a fair economic system that works for everyone. Basis’ big idea—to create a crypto token that people would actually utilize instead of using to speculate—attracted a serious group of investors, raising $133 million in funding.

However, increased regulatory pressure from the SEC forced former Princeton graduates Nader Al-Naji, Lawrence Diao, and Josh Chen to shut down the project.

And now, two years later, a five-strong group of anonymous developers has decided to resurrect the project and build a new network on the ambitious foundations set by the original Basis.

The new project, called Basis Cash, has no venture capital funding, no token sale, or any pre-mined tokens. The only dump, as the project’s developers put it, will be the community’s. Basis Cash and its new developers have decided to build the project on Ethereum.

In an interview with CryptoSlate, Rick Sanchez, the anonymous lead developer of Basis Cash, explained why they decided to resurrect the project and why it differs from other elastic coins that have popped up on the market.

Cryptoslate: How exactly did the last project fail despite the heavy funding? Why do you think the SEC and other regulators stopped it?

Rick: The reasons for the Basis failure is covered in their now-defunct site basis.io. The SEC approached the founding team from Princeton regarding issuing Basis Bonds and Basis Shares—which have serious security-like characteristics. As in, users buy into Basis Shares for the expectation of seigniorage, and Basis Bonds for the expectation of higher redemption when the peg stabilizes.

Cryptoslate: What’s your background and how does it connect to your role in Basis Cash?

Rick: I’ve been a close observer and supporter of the Basis project and think it’s one of the best ideas that have been announced in the blockchain industry. The entire point of creating the project anonymously is to ensure the project can be censorship-resistant. The SEC cannot shut us down because we’re anonymous, received no funding, have no large backers, and have no incentives to run this project other than academic satisfaction.

I am one of the lead developers of the project. What I can say about the group (five of us in total) is that we mainly come from academia and have spent significant time studying basis and other algorithmic stablecoins.

Cryptoslate: How is Basis Cash different from AMPL and other elastic-supply coins?

Rick: AMPL actually doesn’t have a real monetary policy. Whenever demand for the currency changes, there is no mechanism exogenous to the stablecoin that can absorb the demand volatility—it simply changes the supply. While the nominal money supply changes when a rebase is triggered, in reality, the money supply remains the same, as nominal supply value remains the same.

Cryptoslate: What’s next for Basis Cash?

Rick: We’ve finished writing the contracts for Basis Cash and are getting the codebase reviewed by inbound requests from several serious minds in crypto. Lots of good feedback coming in.

While our marketing may appear to be degenerate and unserious, we are actually solely motivated in using the current friendly sentiment towards new experiments in crypto to make sure the Basis Protocol can be launched in a censorship-resistant and fairway. We are committed to not taking a single dime from the project and will continue to maintain the codebase with our community and ask for donations where they’re necessary to offset the necessary costs.

The Telegram group’s other admin is DeFi Morty, who wears an eyepatch, hence he’s a bad Morty. We are excited to see what the team of Bad Morty and Rick Sanchez can achieve in DeFi space.