Crypto research firm Coinfirm has found that US authorities have left “substantial funds” left on various cryptocurrency wallets seized from criminals over the years, as a result of multiple “forks” that issued newer cryptocurrencies that traded on public markets. 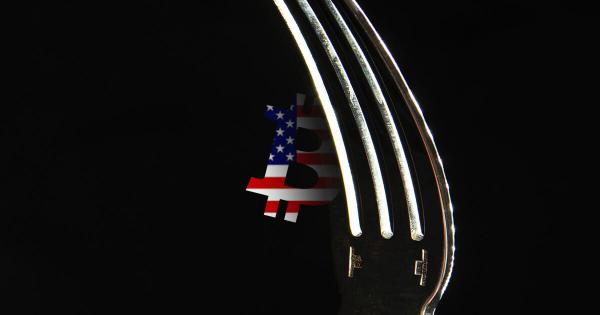 Photo by Di Maitland on Unsplash

Crypto research firm Coinfirm has found that US authorities have left “substantial funds” left on various cryptocurrency wallets seized from criminals over the years, as a result of multiple “forks” that issued newer cryptocurrencies that traded on public markets.

The firm traced a majority of such funds back to a Silk Road wallet seized by the United States Department of Justice earlier this month. The regulator announced it had picked up over $1 billion belonging to the now-defunct darknet marketplace at the time, but no information about the forked funds was provided.

In addition, Coinfirm said that the wallet’s owners (now in the custody of the government) might still have access to the forked funds — collectively worth millions of dollars at their peak and a little under $400,000 today.

As per a blog post, Coinfirm’s self-funded investigation found that various Bitcoin forks — Bitcoin Diamond (BCD), Super Bitcoin (SBTC), and Bitcoin Private (BTCP) — were among the forked assets that the U.S. government “seemingly overlooked and left in the hands of whoever has access to the private keys of the main wallet.”

Coinfirm said its “Reclaim Fork” service, which uses cryptographic tracing efforts to find out forked funds and assets, has additionally helped identified dozens of cases in which law enforcement authorities may have unknowingly left substantial funds accessible to suspects instead of properly accounting for and seizing those assets.

The tool is available to both institutions and retailers to claim their forked tokens, if any, that were unclaimed earlier.

US government a Bitcoin HODLer…for now

The seized funds mean the mighty US government is currently sitting on $1 billion worth of Bitcoin. The Federal Reserve is obligated to sell the asset to USD but hasn’t done so yet, spurring comments from Bitcoin supports earlier this year who said HODLing was a better option.

Now it has entered the supply side. Material net negative, even if institutional buyers are eager and willing. pic.twitter.com/zRMJa02oPR

Crypto-focused lawyer Preston Byrne said in a now-deleted tweet at the time, “Controversial opinion: the DOJ should not sell seized Bitcoins, it should begin stockpiling a national reserve of BTC to back the USD after the fiat era ends.”

Even the US feds are comfortable holding Bitcoin.

The U.S. government owns $1b in Bitcoin—and some don’t think they should sell it