There are now more than 350,000 verified publishers on Brave

Privacy-focused browser Brave shows no signs of slowing down as it reached a new milestone three weeks before the end of the year. 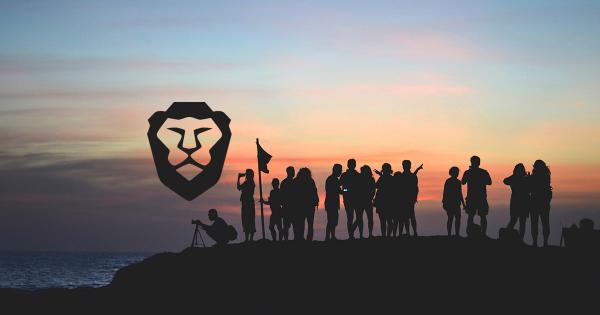 Privacy-focused browser Brave shows no signs of slowing down as it reached a new milestone three weeks before the end of the year. According to data from BATGrowth, there are currently more than 350,000 verified publishers on the platform and over 220,000 BAT addresses.

Few companies in the crypto industry have seen the kind of success Brave has. The privacy-focused Browser, created by Mozilla’s own Brendan Eich, has been reaching milestone after milestone, surpassing much older and much more established competitors.

The latest major milestone for the company has been surpassing 350,000 publishers on its platform. The number of websites, creators, and companies that signed up for Brave’s rewards program has been on the rise since last year. Data from BATGrowth has shown that there are currently 351,111 verified publishers on the platform, with more than 231,000 of them being YouTube creators.

The number of verified publishers on other platforms, including Twitch, Twitter, Reddit, Vimeo and GitHub, have all increased between 20 and 35 percent in less than a month.

One of the few metrics that have shown a “slower” growth is the number of BAT addresses. According to BATGrowth, the network had 221,910 addresses at press time, which is just a 5 percent increase from the 211,371 addresses it had this time last month.

The easiest way to put Brave’s growth into perspective is to view it through its native cryptocurrency, the Basic Attention Token (BAT). The coin managed to rise from its late September low of $0.15 to a mid-November high of $0.27. The 84.5 percent increase, however, didn’t last long, and the token is currently hovering around its average September price of $0.18.

Nonetheless, BAT was one of the few coins that investors didn’t lose confidence in despite the sudden bear market the industry is currently in.

Investor confidence also seems to match the confidence Brave’s team has in its success. Last month, Eich said that he was confident Brave’s quest for privacy was an “arms race” the company is set to win.

That mindset could be what attracted millions of users to the browser. Last month, Brave surpassed 40 million downloads on the Google PlayStore. It is the most downloaded and highest-rated crypto-related app on Android, having 4 times more downloads than cryptocurrency exchange giant Coinbase.

Major publications sh as The Washington Post, The Guardian, NDTV, NPR, and Qz are all verified publishers, alongside some of the highest-ranking websites in the world, including Wikipedia, Aparat, WikiHow, Vimeo, Internet Archive, and DuckDuckGo.