The lawsuit states that Binance U.S. failed to comply with federal and securities laws by advertising UST as a safe, fiat-backed stablecoin. 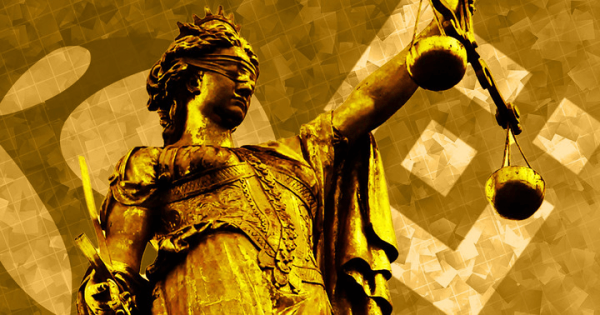 A group of investors has filed a class-action lawsuit against Binance.US and its CEO for allegedly failing to comply with federal and state securities laws.

According to the filing, Binance.US falsely advertised UST, the algorithmic stablecoin tied to Terra’s LUNA, as a safe, stable, and fiat-backed asset, leading to “disastrous consequences” for its customers.

Binance.US has been accused of misleading investors and violating several federal and securities laws in the U.S. in a class-action lawsuit.

Filed on June 13, the lawsuit alleges that the exchange allowed U.S. residents to buy and sell TerraUSD (UST) without the approval of the U.S. Securities and Exchange Commission (SEC).

Plaintiffs accused Binance.US of failing to disclose that UST was, in fact, a security and that it was enabling the buying and selling of this security without a formal registration statement. In addition, Binance has refused to register with the SEC as a securities exchange or broker-dealer.

According to the filings:

“Binance.US’s failure to comply with the securities laws, and its false advertisement of UST, have led to disastrous consequences for [its] customers,”

While the exchange has delisted both UST and LUNA since Terra’s collapse in May, the plaintiffs claim that it still hasn’t stopped selling securities issued by Terraform Labs, Terra’s parent company. Instead, Binance.US’s parent company began selling Luna 2.0 at the end of May — a token hard forked from the original Terra (LUNA) that’s also centrally controlled y Terraform Labs.

Aside from failing to disclose that what it was selling was a security, Binance.US is also accused of misleading investors through false advertising. The plaintiffs claim that UST was advertised and sold to investors as a “safe” and “stable” asset that would give substantial returns.

The exchange also falsely advertised UST as “fiat-backed,” not informing its customers that the stablecoin algorithmically derived its peg from the price of LUNA.

I think Binance US forgot to take down this article (the main Binance scrubbed all similar claims). "UST is a stablecoin pegged 1:1 to the US Dollar" might get you in trouble, especially when tweeted from the Binance US account. Be careful. Lawyers smell blood… https://t.co/mbuEbYxKJ3 pic.twitter.com/oKCNSITUv6

“Since the collapse of UST, Binance U.S. has removed its advertisements touting UST as ‘safe’ and ‘fiat-backed, effectively conceding that UST was none of those things.”

The lawsuit against Binance.US will be the first of many

The class-action lawsuit was filed by Roche Freedman, a New York law office known for its controversial case against Craig Wright.

While Roche Freedman could not be reached for comment, FatManTerra said the class-action suit against Binance.US will be the first of many that UST investors intend to file.

In the lawsuit against Binance.US, plaintiffs seek damages from the exchange for UST losses. FatManTerra said another class-action suit in the works will also seek restitution from Terraform Labs and Jump Crypto — one of Terra’s most prominent backers.

It’s unclear how the suit will affect Brian Shroder, the CEO of Binance.US, as he was named a defendant in the lawsuit alongside the exchange.

The trial will have long-lasting implications on the crypto industry. If successful, the lawsuit against Binance.US could set a precedent that would drastically alter the regulatory landscape in the U.S.

The SEC has long been seeking more control over the crypto market and warning investors about the risks and dangers involved with DeFi products. Having an exchange, the size of Binance.US lose a case for breaking securities laws could set off a ripple effect that could lead to a global overhaul of crypto regulations.

“People were roped in with siren calls of ‘safe, stable yields’ – but no attempt to help them actually understand what they were buying was made. This is morally unconscionable, and, in my opinion, it should be illegal.”

“In free markets, you can buy and sell whatever you like (fairly), but the moment you try to sell someone a copper bar claiming its gold, you will be penalized. It is a wonder to me that the same principles do not apply to centralized exchanges, who are supposed to operate under the rule of the law. Many exchanges are morally bankrupt and will lie for money at every turn – we need to take them to task and show them that when you prey on the innocent via misleading marketing, there are repercussions.”