Looty aims to find all looted African artwork and recreate it digitally in the form of 3D NFTs. 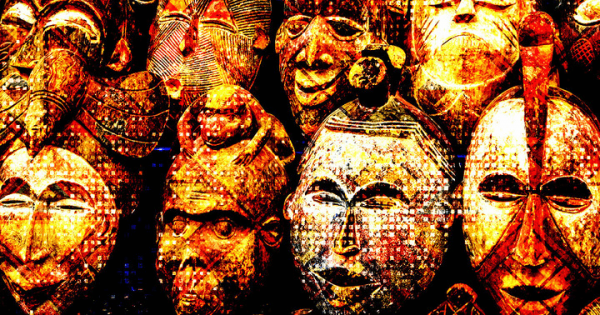 Looty, a Nigerian art-oriented firm, has come up with a way for Africans to view all the art the continent lost during the colonial era.

Chidi, a 34-year-old Nigerian creative designer and the founder of Looty, said the company first tracks down African art in museums across the globe, then uses special apps and technology to scan and convert the art into 3D formats.

While this process seems elementary, Chidi, who refused to share his surname so that people could focus on Looty’s work, argued that this is not the case.

To be honest, it is almost like we are re-sculpting the artwork again. One piece can take like a whole week to finish, maybe more.

The Looty website goes live on May 13. However, the project officially began operations in November last year. Chidi works alongside two Nigerians and a Somali to research potential art pieces and convert them into digital form. Each team member specializes in 3D design, NFT technology, or editing.

Each member has already visited museums in the UK and France to capture the artwork. Since the project went live last year, the team members have digitally recreated about 25 African art pieces. These include the famed Benin Bronzes that once decorated the royal palace of the kingdom of Benin, now Nigeria.

What inspired Looty’s creation, and why the name Looty?

Chidi said he got the idea to create Looty after conversations around non-fungible tokens (NFTs) became prevalent. At the same time, talks about European colonizers looting African artwork were rampant. As a result, he decided to act on both matters, leading to the platform’s creation.

Explaining why he chose to name the platform Looty despite the name being linked to looting, Chidi said he dubbed the project after Looty, a dog that Captain John Hart Dunne gifted Queen Victoria in 1860. Reportedly, Looty was taken during the Second Opium War after the British sacked a royal prince in Peking, now Beijing.

However, he asserted that Looty, the platform, operates in a legal and non-violent way.

Hopes to build a metaverse for African art

At the moment, Looty aims to repatriate all African art to inspire African artists and raise funds to help them advance their skills. The upcoming website will only support the purchase of NFT art via cryptocurrency.

From each sale, 20% will go to the Looty Fund, which aims to offer African artists grants and donations in the form of money and equipment, enabling them to improve their artwork.

Chidi hopes that activism will eventually see European museums return all stolen artwork to Africa. However, he dreams of building a metaverse that comprises all the pieces Looty reclaims.

This news comes as African art continues making its way into the web3 ecosystem. In March, South Africa turned Nelson Mandela’s original 1962 arrest warrant into an NFT which sold for approximately $130,000 to help raise money for the Liliesleaf Museum Heritage Site.