Heirs of Spanish Artist Pablo Picasso to auction a joyful ceramic piece by the famous icon. 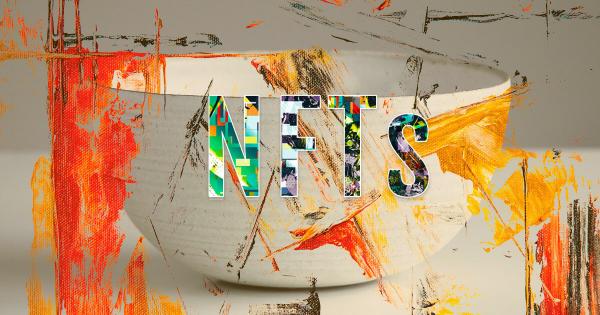 Who doesn’t want to own a Picasso? Did your heart skip a beat when you read the name Picasso? Yes, you read it right, a ceramic piece sculpted by the one and only Picasso is set to become a collection of 1,010 NFTs. The hand-painted work is described as fun-loving and joyful by his descendants who are organising the auction with Sotheby’s auction house.

The granddaughter of Picasso, Marina Picasso, and her son, Florian Picasso, will be releasing 1,010 NFTs of a hand-painted ceramic work by Picasso. The Sotheby’s auction in March will feature both the original physical work, which dates to 1958, and NFTs of it.

“We’re trying to build a bridge between the NFT world and the fine art world,” Florian told the National.

Picasso’s great-grandson also suggested that this release was the first of many NFTs to be extracted from the family’s collection of the master’s work. Additionally, Florian’s own contributions will accompany each NFT. Florian, who is a DJ, made a track in collaboration with the singer John Legend and the rapper Nas. A family spokesperson told the National that the NFTs were meant to introduce Picasso to a younger generation.

An NFT is a unique digital representation that certifies authenticity. It’s recorded on a blockchain, a digital database of time-stamped transactions that is meant to be impossible to change, hack or corrupt. NFTs provide proof of ownership and create scarcity by drawing a distinction between copies of a work from the “original” digital versions.

Purchasers will not own the Picasso ceramic or own the rights to images depicting it: They will be buying digital tokens of which there are limited copies, which the artist’s heirs are hoping will accrue value in their own right.

Marina Picasso is the daughter of Paulo Picasso, the artist’s oldest son and only child with his first wife, Olga Khokhlova. After the artist died in 1973 without a will, Marina inherited one-fifth of his estate — including about 10,000 works of art. She has since sold some of it, including many ceramics.

A portion of the proceeds from the NFT sale will go to a charity that aims to address a nursing shortage and to a nonprofit that works to reduce carbon in the atmosphere.

Although most famous as the pioneer of cubism, throughout his life Picasso worked with various mediums including paint, sculpture and ceramics. He enjoyed playing with artforms,  and morphing artforms to experiment with fine art and devise new ways of looking at ordinary things.

Unafraid of discovering new ways of perceiving art Picasso asks us to open our minds to alternatives:

Many of the NFT artists working on their creations today may be inspired by this Spanish icon because they are willing to experiment with new forms of art that may transform the traditional notion of what is considered fine art.