A research by the Bank of International Settlements (BIS) shows that nine out of ten central banks are working on a CBDC project presently. 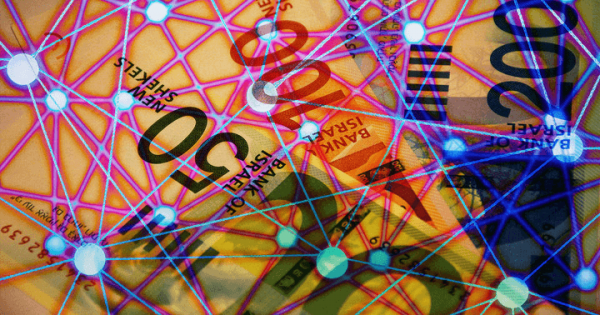 The central bank of Israel has yet to decide whether to create a digital version of its fiat currency shekel, despite the public supporting the notion, Reuters reported.

Discussions over creating digital shekels have been going on since 2017, but the central bank only began to take it seriously in 2021 when it started researching its potential.

The public believes that a digital shekel project will help the economy by reducing cash usage and improving financial technology.

The central bank received 33 responses to its request for public opinions on the plan, with 17 of the responses being from fintech companies.

All of the responses to the public consultation indicate support for continued research regarding the various implications on the payments market, financial and monetary stability, legal and technological issues, and more.

The central bank also noted that there is divergence on the issue of privacy amongst respondents, with some wanting complete anonymity. In contrast, others say it should be subject to anti-money laundering rules.

No decision has been made on the implementation or launch of the project, as the bank stated that it would continue to dialogue with stakeholders about the CBDC.

Central bank digital currency projects are on the up, as recent research from the Bank of International Settlements (BIS) shows that nine out of ten central banks are presently working on a CBDC project.

According to the report:

Globally, more than two-thirds of central banks consider that they are likely to or might possibly issue a retail CBDC in either the short or medium term. Central banks consider CBDCs capable of alleviating key pain points such as the limited operating hours of current payment systems and the length of current transaction chains.

Countries like China, Russia, and Nigeria have stepped up the use of their CBDC projects. A local media report stated that the central bank of Nigeria is improving its eNaira digital currency to support bill payments.

On the other hand, China has continued to trial its Digital Yuan in several major cities in the Asian country. Russia has also been forced to step up its Digital Ruble project amid severe economic sanctions.