Fender has filed multiple NFT-related patents and trademark applications in the U.S. in a bid to protect or launch its brand in web3. 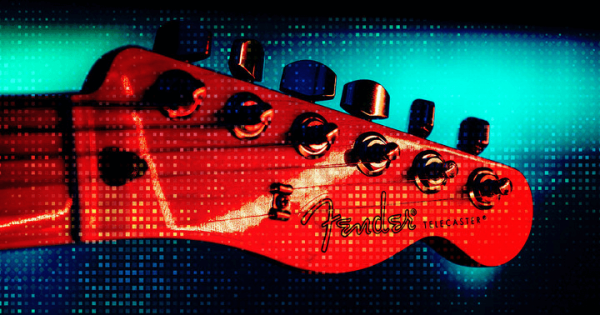 The patents would indicate an intent to make or protect its brand when it comes to creating, selling, or buying NFTs with the Fender brand name.

Fender isn’t the first guitar brand to consider NFTs. In January, Billboard reported that iconic Guitar company and Fender rival Gibson was gearing up to enter the NFT space with six trademark applications relating to NFTs and digital goods.

From Adidas to Gucci, big brands have been quick to begin experimenting with NFTs and the Metaverse as two new channels of distribution. They are still trying to figure out how they fit into the virtual worlds.

Many established musicians and brands use NFTs and the Metaverse to reinvent how they connect with fans. Also, the revenue streams and royalties offered through the sale of NFTs are attractive to musicians who heavily rely on in-person concerts as a core revenue model.

Music producers and platforms like Audius, DAOrecords, and TokenTraxx are working with musicians to showcase the potential of Web3 technologies and give the fans the chance to be creative in how they work with NFTs.

Understandably, guitar brands closely follow the NFT world as famous guitarists get involved. In January this year, Keith Richards sold one of his prized guitars with an exclusive 1-of-1 NFT minted of the Tezos blockchain for $57,600 in January. The auction included the guitar, the digital version in the form of an NFT, and a video of Richards signing the guitar.

Despite the applications, Fender has not announced NFT plans.