Eric Ly, a co-founder of LinkedIn, is embarking on a new venture, this time in the blockchain arena. 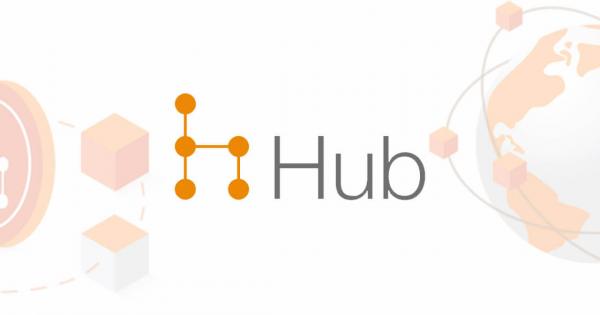 Eric Ly, a co-founder of LinkedIn, is embarking on a new venture, this time in the blockchain arena. Hub (or the Human Trust Protocol) is a project engaging in the brave task of facilitating trust across the internet.

The Human Trust Protocol seems to follow in the vein of projects such as Civic or other identity coins, which rely on the self-sovereign identity principle to form an encrypted container of sorts. In this container goes private user data, which they can selectively choose to reveal to other parties.

The data in question, with Hub, is reputation. Not an entirely new idea (Charlie Brooker’s third season of Black Mirror beat them to the punch), but it’s one that generates a lot of discussions and has some unusual use cases – take the gig economy, for instance.

Being able to provide verifiable attestations for projects done, without necessarily needing to disclose the project (ideal in cases where there is an NDA) could be a valuable resource in a freelancer’s toolkit.

“Trust and reputation is a currency even more valuable than money because it enables those who have it access to even more tangible economic opportunities. In a few years time, billions of people will use a blockchain to facilitate trustworthy relationships online and offline.”

Hub’s whitepaper details how an interaction between a contractor and a client would take place. Both parties would stake tokens, recorded on the Hub ledger. If the client is happy with the work, the tokens return to the respective parties. Otherwise, dispute proceedings take place.

If the arbitrator rules the work to be unsatisfactory, the client receives the contractor’s stake. The result becomes recorded on the profiles of the parties.

The downside of such a system is the need above for arbitrators (which is hard to pull off correctly on a blockchain, given that their whole raison-d’être is to cut out middlemen).

That said, it’s not like we’re taking a step back from the traditional centralized model, where you trust that a business’ internal team will take care of disputes.

The Hub platform appears to find its place in the space between centralization and decentralization, taking elements from both.

Ly’s current company, Presdo, is a platform already exploring the idea of trust-at-a-distance for social interactions.

Unlike most ICO advisors and founders that seem to materialize their experience out of nowhere, Ly’s team has a strong track record of delivering quality products.

We will be watching in anticipation as more details about the project become available in the coming months.