How MetaGods is aiming to disrupt play-to-earn gaming 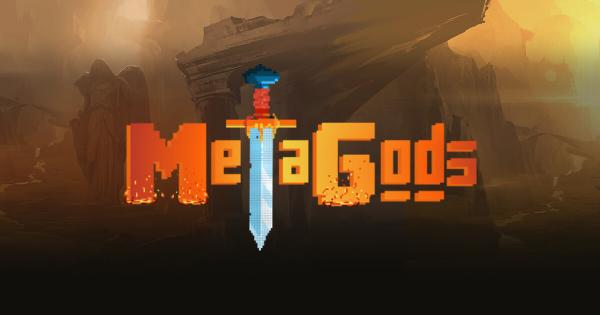 Featuring multiplayer online action, MetaGods brings exploration and the slaying of mythical monsters into one tidy package for a gaming experience like no other.

While it’s still relatively early days in terms of realizing the project’s complete vision, with plans to introduce earning elements such as DeFi farming, it has the edge over standard P2E games.

The MetaGods aesthetics follow a retro 8-bit theme reminiscent of 80s classics such as Ghosts and Goblins or Gauntlet.

But what’s decidedly modern about MetaGods is the NFT ownership experience. Each minted NFT character has randomly generated stats and equipment made up of weaponry and armor. Complete battles and loot dungeons to upgrade, with the goal to become a true god.

As well as that, the game offers both player-versus-player and player-versus-environment modes, enabling users to choose between social and solo challenges.

“The more you play, the more you earn! Level up and customize your character NFT to become a god of the metaverse.”

The highest earners come from hardcore multiplayer raids in high APY dungeons. You’ll often find upgraded weaponry or magic-resistant armor during such missions. Special items tend to be hidden during these raids as well.

Casual gamers can stake in pools and earn $RELIC tokens passively. While this doesn’t yield the same level of rewards as hardcore mode, meaning leveling up will take longer, the casual mode still caters to gamers who prefer a more hands-off approach to P2E gaming.

“The $MGOD and $RELIC are the two tokens of the platform. $MGOD is used as the governance token of the project and can be used to enter special events. $RELIC is an earnable in-game currency that supports the play-to-earn structure of MetaGods.”

MetaGods has ambitions to become the number one P2E blockchain game in the space. Initially launching on Binance Smart Chain, the roadmap shows plans to bridge to other chains, making MetaGods a cross-chain game.

The team has enlisted the help of prominent investors, including Mr. Beast, Pomp Investments, and Magnus Capital. Raising $3 million between them, the funds will be used to develop the game further and strengthen branding, marketing, and PR.

As well as that, MetaGods has onboarded distinguished advisors, including crypto analyst and writer Joseph Young and Alex Becker, who is known as a software and marketing specialist.

Opening on Tuesday is the Strong Holders Offerings (SHO) on DAO Maker. This refers to a fundraising mechanism where select $MGOD holders can invest funds in the project. Full details are available at this link.

Certainly, P2E gaming is set to become more popular as crypto adoption takes off. And with the appeal of MetaGods’ game mechanics and earning potential, the project is well placed to innovate on the P2E model.