GensoKishi Metaverse listed its MV token on Kucoin with a USDT pair and launched a whitelist competition for a new private sale of the ROND token. 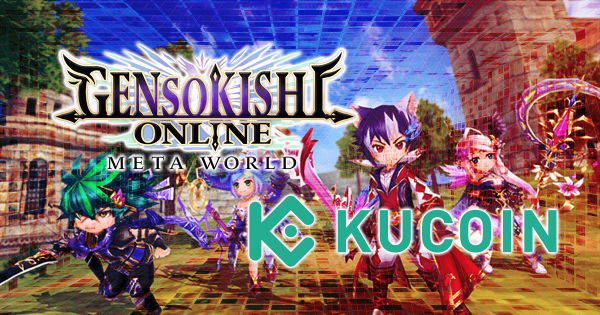 GensoKishi Metaverse (MV) is now listed on KuCoin with a USDT pair and will begin trading starting April 20. The metaverse company is conducting giveaways and a private sale to celebrate the launch.

The Japanese 3DMMORPG launched a new whitelist competition for a $10,000 private sale of its in-game currency ROND, which can only be acquired via staking MV. The company said it decided to hold another private sale due to high demand from the community.

We heard you Knights!! Due to overwhelming requests, we have decided to open $ROND WL Round2!!
Thank you so much for the support guys. Once again, our in-game token $ROND is up for grabs. Get it before the game starts to ROCKET START your journey🔥🚀https://t.co/Gep0YAwXRt

ROND constitutes the in-game economy, while the MV token can be used for accessing exclusive games and events within the gaming Metaverse and unlocking discounted prices for in-game items.

GensoKishi’s MV token is also listed on Singapore-based crypto exchange ByBit since late January. The token had a market cap of roughly $93 million at press time.

GensoKishi is the GameFi and metaverse “incarnation” of the popular video game IP called Elemental Knights, which has a 14-year history in the gaming industry. The Polygon blockchain powers the GensoKishi metaverse.

Amano will also play a part in character design, concept art for cosplay NFTs, and a new NFT collection.

GensoKishi aims to create a metaverse that will combine the concepts of “Free to Play,” “Play to Earn” and “User Generated Contents to Earn.”