DAO shall not be alone! Ecosystem DAOs on the rise Lisa Gibbons · 3 months ago · 5 min read
News › DAOs 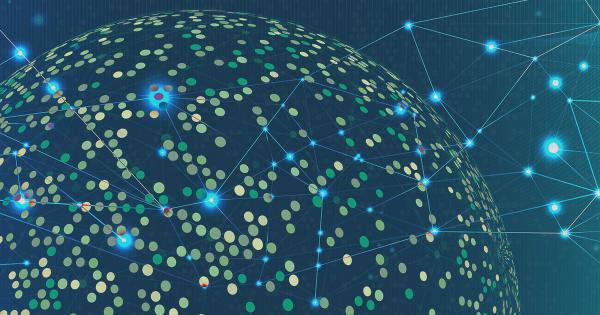 If one was to take the ten commandments and turn them into positive affirmations for a future worth working for then building a DAO would certainly make the list. A Decentralised Autonomous Organisation (DAO) is a collection of individuals coming together to make decisions without a hierarchical management structure and can have a wide range of use cases.

They allow for a bottom-up approach to community management, built around a treasury that is accessible to the members. Focusing on the world of Web3 in terms of the innovations, putting the creatives first and the general WAGMI attitudes makes a great case for a commandment overhaul.

In a world that has been more exclusive than inclusive — controlled by a few rather than shared by many — people are waking up to new ways of thinking. Communities that are tired of the guilt that has been passed on from old regimes harboring unequal attitudes are free to develop their own tokens, NFTs, and now DAOs.

The beauty of the DAO’s popping up within all of the blockchain ecosystems today is that there is often an existing community waiting to jump in and give back to the community project that they may already be supporting with their time and investments.

The birth of the flexible DAO economy merges the best of the gig economy which revolves around flexible, freelance work, and the creator economy into one. Web2 platforms such as Fiverr gave rise to instant access to a skilled workforce of freelancers. However, this came with some damage to existing workforce structures, and often the freelancers were underpaid or undervalued for their time commitments.

Next came the advent of crowdfunding platforms like Patreon. This not only enabled the creative workforce to get paid, it allowed them to interact with their fanbase and create a valuable community around their creative work. Despite being innovative, not all parties benefit from these ecosystems. In addition, the increasing competition for attention can be exhausting for the project leader or creator who wants to concentrate on doing what they love.

DAOs are trying to change the status quo and create an ecosystem where both project creators and community members are rewarded at the same time. Through this model, everyone becomes a valued participant within an ecosystem centered around a topic that they are passionate about.

Biconomy is on an ambitious mission to onboard 1 billion users to Web3. To drive this mission they have launched a $2 million grants program. The DAO will issue grants and bounties to community members that help them to build dApps, educate the masses, improve Web3 infrastructure and incentivize new users.

Ahmed Al-Balaghi, the founder of Biconomy DAO, said there are two central reasons behind developing an ecosystem DAO. The first is to engage and activate the existing community by providing a clear way for people to contribute. The second is to start the process of progressive decentralization by allowing the community to decide where the grant funding of $2 million goes. Biconomy will be using its DAO to give people a voice. Al-Balaghi said:

“DAOs are an expression of the values of freedom, allowing people to have a voice, providing people with an opportunity to have their voices heard. That is a core tenet of why DAOs are important and why people should contribute to an ecosystem DAO.”

DAOs unite people with similar values to take action. There is a no bigger example of this happening at the moment than Ukraine DAO where they raised over 8 million dollars in tokens following Russia’s invasion.

The DAO gives back to this community, allowing participants to contribute thoughts, and actions, make decisions, and carve out future paths for the project. The structure of a DAO is open, enabling anyone within the ecosystem to offer insights, support, or proposals that could benefit the overall community.

“Ecosystem DAOs are purpose-driven and provide a way to engage the community, showing exactly what projects want and what members can offer to the DAO. They also help people within the world of Web3 to find people with common values and goals,”

says Al-Balaghi. In doing this they are enriching the members of the DAO by offering internal layers of power.

As well as building the internal ecosystem DAOs offer something tangible for supporters of the broader blockchain ecosystem. For example, Alien Worlds offers 6 planet DAOs using the Play to earn model in the Wax ecosystem.

A new system of governance

Many believe that the future of governance lies with the DAO structure. Working with the DAO treasury to provide continual support and resources for those already invested in your project should lead to natural growth in awareness and ecosystem opportunities.

From determining the roadmap to deciding product design, all elements of development can be backed with community-driven incubation via the DAO. One of the crucial elements is that it provides greater access to projects for all those who are interested. You no longer need to be a VC or top influencer to get involved and start earning rewards as a contributor to a community project.

“DAOs are not only completely interoperable with modern capitalism, but they also represent the most efficient solution to the problem of how to allocate resources to individual people, perhaps even the first truly rational solution ever ventured here”.

It is the belief that coming together with common values and a shared incentive can almost guarantee the progression of an idea or project. According to Daniel:

“It is as if being on-chain grants us superpowers and makes our idea immortal. as long as the hope for the token remains alive, we all have a vested-yet-indeterminate stake in the success of the network”

A win-win for a passionate ecosystem

Passionate people opting in to support each other around a central mission or value proposition. What’s not to love? As well as offering access to skill sets that a project may desperately need, you also get increased transparency in terms of what resources are allocated where and to whom.

In a world of equal opportunities, the DAO is the University. It not only educates, it informs, offers support, and is open to ideas. Furthermore, a project can hear new points of view. With decentralized autonomous organizations, those who would have previously been left out of the decision-making process are brought to the table and given a voice.

“With DAOs being a new concept in creative communities it’s fair to say that a lot of experimentation has been going on. An emphasis on the transparent and open discussion can take some getting used to for some, but in general, has benefited our community’s ability to communicate. Most of it happens off-chain, but the fact that there is a record of official transactions has allowed for a level of trust that can sometimes be difficult to achieve with a traditional record label collective. It’s still early days, but we are really excited to see how our community can help direct the development of DAO technology to benefit their needs in this ever-evolving Web3 world!”, Vandal of DAO Records said.

From Grant DAOs to Service DAOs and now to Eco System DAOs, it is safe to say that the DAO landscape is expanding rapidly. DAOs are grassroots movements of people who congregate/come together around a similar mindset. The hierarchical structures found in traditional companies have no place in the world of DAOs.

Rather than operating in a tightly controlled environment where the roles rarely change and the learning opportunities are minimized, DAOs are loosely structured entities that allow for enhanced flexibility and new approaches to achieving success or what success actually means.

And it’s only the beginning.