Crypto VC says Bitcoin must consolidate if it is to hit $100,000 in the near future Nick Chong · 2 years ago · 2 min read
News › Bitcoin › Analysis

Crypto VC says Bitcoin must consolidate if it is to hit $100,000 in the near future

Bitcoin, Ethereum, and other cryptocurrencies have undergone remarkably strong rallies over recent days and weeks. 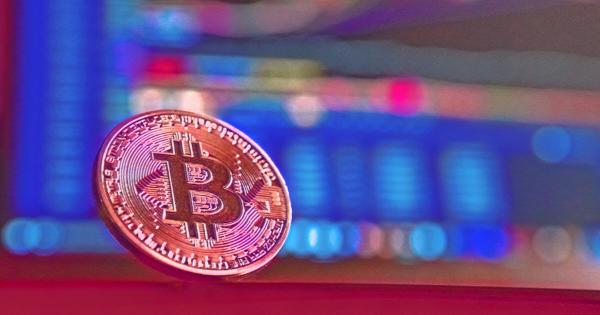 Bitcoin, Ethereum, and other cryptocurrencies have undergone remarkably strong rallies over recent days and weeks.

In the past seven days alone, BTC gained 30 percent against the U.S. dollar while ETH gained 60.6 percent.

Bitcoin is expected to continue its ascent as long as the U.S. dollar continues to drop and as institutional capital cycles from gold and other asset classes into BTC.

However, a leading venture capitalist in the crypto space has argued that the market is getting overbought and is ripe to consolidate or correct in the near term. This consolidation or even correction will be healthy for the long-term trajectory of this bull market, he explains.

Why bitcoin could correct in the near term: Chris Burniske

Chris Burniske, a partner at Placeholder Capital, says that the crypto market is “in need of a pullback and consolidation if BTC wants to reach into the $100ks and ETH into the mid-to-high thousands” in this bull market.

1/ The euphoria is intoxicating, but #crypto is in need of a pullback and consolidation if $BTC wants to reach into the $100Ks and $ETH into the mid-to-high thousands.

He explains that similar to the ocean, markets, especially the crypto market, consists of a “set of waves.”

Burniske shared the chart below, which shows that in the previous bull market, Bitcoin saw a series of waves, which were large spikes higher followed by pullbacks.

Over the past three months, Bitcoin hasn’t seen a considerable pullback that was large enough to say that the ongoing wave has ended. Burniske thus believes that the markets are primed to cool back:

“There are traders much more skilled than myself (I’m a long-term investor, not a trader), who have a more informed view on the specifics and technicals on 1H / 4H / 1D charts. But my gut tells me to expect a dissipation, and then to keep an eye on the next wave of the set.”

This has been echoed by other market participants, who note that the extremely strong 200 percent rally bitcoin has been on since the October lows is unlikely to continue for too long.

While the market may be primed to cool down, it’s worth noting that Google Trends data indicates that demand for the leading cryptocurrencies is shooting higher.

CryptoSlate contributor Joseph Young shared the data below recently, noting that the keyword “Bitcoin” has seen a strong influx in search volume over the past few weeks. It is almost halfway to 2017’s highs, though is much higher than it has been over the past 12 months.

Ethereum, on the other hand, has just seen its Google Trends trajectory shoot to all-time highs as it has begun to strongly outpace BTC on a short-term basis.

It is unclear whether or not this uptick in interest will continue, though if it does, it could fuel a continued push higher as retail money begins to absorb a large amount of circulating supply of Bitcoin.

The keyword "Bitcoin" on Google Trends is surging.

Still half way there to 2017 levels, but it's much higher than the past 12 months. pic.twitter.com/HH9xv9flvv