Why BTC followed Wall Street sell-off – Can it still be an “inflation hedge”?

Bitcoin drops below $37k as the market rethinks the FED inflation management policy. Is this the end of Bitcoin as an inflation hedge? 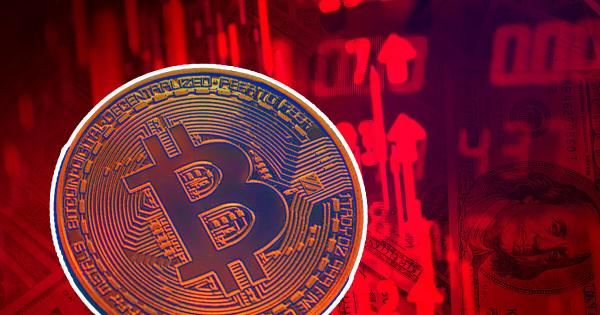 After the post-FED meeting announcement, Bitcoin rose steeply to test the $40K resistance. However, market sentiment appears to have shifted today as it dipped back below $37k. Wild swings in the crypto market are common, but the difference is that now they seem to follow Wall Street as opposed to on-chain data or crypto-related news.

30-year treasury yields rose about 3% to the highest level since 2018. The move caused the Nasdaq to fall 4% within hours, and Bitcoin followed suit, dropping 7% in a similar period.

The drop follows a growing trend that indicates the crypto market is acting more like a risk-on tech stock than a wholly separate asset class. The FED meeting on May 5th confirmed a 50bp rate hike to combat inflation. The stock market reacted positively as Jerome Powell seemingly took a higher 75bp off the table. The argument that this could be bullish for Bitcoin centers around the fact that Bitcoin has the highest LTV ratio in its history.

This means that more investors are using credit to invest in Bitcoin. A lower than anticipated rate increase may suggest that interest on loans would not go up beyond manageable limits. However, any increase in rates is done to combat inflation which Powell also noted was “much too high.” If Bitcoin is a hedge against inflation, why did it react positively to news of a plan to combat inflation?

Is Bitcoin still an inflation hedge?

However, this argument may be becoming harder to follow given that Bitcoin reacted even more aggressively than Wall Street to fears that the FED will not be able to curb inflation. Analysts are beginning to question the FEDs strategy and their ability to keep inflation under control. It is logical to assume that it should not follow the same trend for an asset class to be a hedge against something. If Bitcoin falls as inflation rises, it is no longer a hedge.

“it’s all timeframe. If you go back two years to when Microstrategy bought in, it’s up 400%… If you’re looking at it in a matter of days, or weeks or months, the traders control it.”

He seems to view even the month-to-month price action of Bitcoin as being controlled by traders. Indeed, Bitcoin has been up 400% since 2020, yet it is also true that billions more institutional money is now involved in crypto.

While many see the increase in investment from traditional corporations as a bullish signal for Bitcoin, it may have also had the adverse effect of correlating it more closely with traditional assets, at least in the short term. Even the announcement of another $1.5 billion in Bitcoin purchases from LFG has done little to stop Bitcoin from following Wall Street down.

A recent Coinbase Institutional report showed that Ethereum is more closely correlated to the S&P500 than Bitcoin. Is the future of Bitcoin, and the crypto markets at large, doomed to follow traditional assets, or can it decouple from the day-to-day swings in the lead up to the 2024 Bitcoin halving?

Some crazy stats from the latest Coinbase Institutional report… pic.twitter.com/twUPfbqBdu

Why BTC followed Wall Street sell-off – Can it still be an “inflation hedge”?