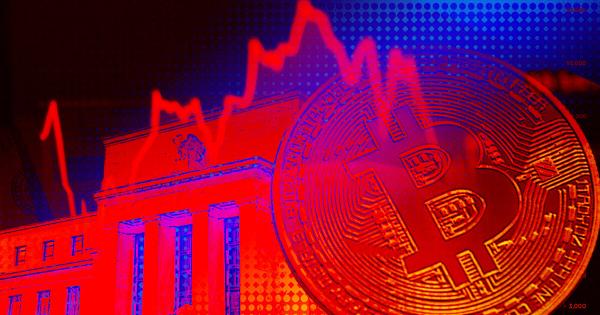 Crypto markets fall as Federal Reserve chair Jay Powell states that they need to move “more quickly” in raising interest rates.  Powell also expressed that a “0.5 percentage point interest rate increase was on the table in May.” Bitcoin dropped to $40,586 from a daily high of $42,965, while the total crypto market fell to  $1.88 trillion.

Crypto continues to follow the recent trend of following the tech industry as the Nasdaq was also down 2% on the day in the sharpest drop since mid-March. St. Louis Federal Reserve Bank President James Bullard said Monday that he expects interest rates to reach as high as 3.5% by the end of the year. The FED would have to raise rates by at least 0.5% at each of their remaining meetings to get to this number. Given that Powell has indicated that a 0.5% increase is on the cards for May, Bullard’s projection seems to be a viable prediction.

The goal of raising interest rates is to combat the rising inflation, which reached 8.5% last month. However, high-growth investments such as tech are valued based on a discounted cash flow model. This model considers interest rates in its calculations, and higher interest rates mean lower valuations.

Investing in relatively safe products such as US Treasuries becomes more attractive as interest rates increase. These returns are almost guaranteed, whereas crypto investments are much higher risk with elevated volatility. Bitcoin may be an inflation hedge, but it may also struggle in a global economy maneuvering to combat rising inflation.

Why is the Fed tracking the price of eggs in Bitcoin?