Over $200 million worth of futures positions were crushed as Bitcoin dropped by several percent this morning. 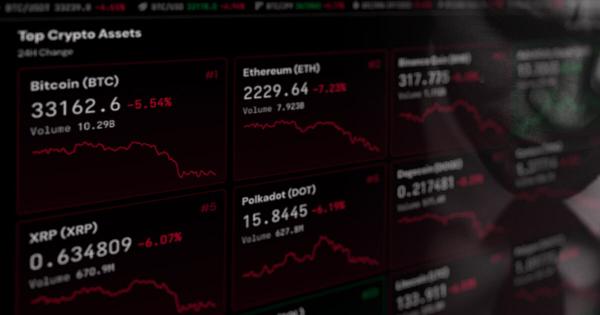 Bitcoin fell by nearly $2,000 this morning, ‘liquidating’ $200 million worth of futures positions in the past 12 hours and bringing down much of the crypto market alongside.

Liquidations, for the uninitiated, occur when leveraged positions are automatically closed out by exchanges/brokerages as a “safety mechanism.” Futures and margin traders—who borrow capital from exchanges (usually in multiples) to place bigger bets—put up a small collateral amount before placing a trade.

As the spot market drops, futures positions drop alongside and trigger predetermined liquidation levels, which differ based on the amount of leverage and initial capital used. This creates a cascading effect of sorts, resulting in a strong, sudden drop…and nasty consequences.

This morning alone saw $185 million worth of crypto ‘longs’ get rekt as Bitcoin fell by thousands of dollars, while $14 million on the “short” side were liquidated. “Long” traders bet on higher asset prices and get stopped out as prices fall, “short” traders, on the other hand, bet on lower prices and get liquidated if prices move upwards.

Over $90 million of all liquidations occurred on futures powerhouse Bybit alone. OKEx was next in that line with $48 million, while Binance traders saw $37 million in damages.

Meanwhile, Bitcoin continues to range in a narrow price band. The asset has traded (mostly) between the $30,000 and $37,000 levels for the past few weeks, showing no signs of a clear breakout.

Millions of dollars still get liquidated despite the lack of price moves. Wonder what that shows.