The world’s largest cryptocurrency tumbled below a critical price level, taking the rest of the crypto market along with it. 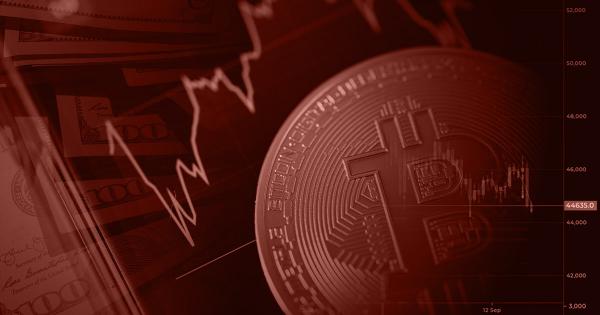 Bitcoin, the world’s largest cryptocurrency by market cap, tumbled below the $45,000 price level this morning, leading to a market-wide price carnage as a result.

Data further shows over $328 million worth of crypto positions were ‘liquidated’ this morning, with over 87,000 individual trading accounts affected. The market, however, seemed to temporarily stabilize at press time, putting a stop to what was the second sudden drop in as many weeks in the crypto market.

Bitcoin ‘longs’ took a bulk of those liquidations this morning, data from analytics tool Bybt shows. $93 million worth of Bitcoin futures positions were liquidated, with $62 million—65% of all traders—of those being longs.

The overall trend seems to have slightly shifted as well. As the below image shows, Bitcoin broke below its $46,800 support to reach its current $44,200 support level. It has lost 13% of its value in the past week alone, and has the next ‘support’ level at $40,000 should prices fall further downward.