Bitcoin Cash usage has been put to the test when the network failed to produce a single block in more than five hours earlier this week without causing any transaction backlog. 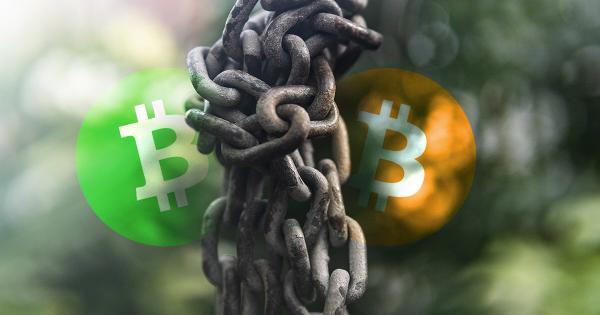 Bitcoin Cash usage has been put to the test when the network failed to produce a single block in more than five hours earlier this week without causing any transaction backlog. While many saw the declining hash rate as a consequence of low usage, the low usage might have been caused by an unstable hash rate due to frequent miner migration.

Bitcoin Cash, Bitcoin’s first and most popular offshoot, has made the news this week for all the wrong reasons. The network, which has the fourth-largest market capitalization in the world, took almost five and a half hours to produce a single block.

A detailed look at the Bitcoin Cash explorer data shows that the network’s 10-minute block time doesn’t happen that frequently. Jan. 30 alone saw several instances of 1-hour block times. And while it’s worth noting that slower block times aren’t uncommon even in the much more heavily used Bitcoin, taking more than five hours to find a new block certainly is.

The relatively small size of the subsequently found block 620,026 was seen as a clear indicator of the lack of usage Bitcoin Cash sees. With no significant consequences to the network after the incident, its very purpose was put into question.

The value of Bitcoin Cash lies in its mining profitability

While the main value proposition of Bitcoin Cash is its unlimited block size and lower transaction fees, the cryptocurrency has so far failed to deliver any of its promises. Apart from a lower fee, the network is yet to reach the transaction speed, volume, or hash rate that Bitcoin sees almost every day.

Many Bitcoin maximalists saw the network’s slow block time as a result of a lack of usage. With the network processing less than 50,000 transactions and recording an on-chain volume of just over $1.5 billion in the past 24-hours, it’s safe to say that the blockchain isn’t exactly bursting with activity.

However, low usage might not be what causes slow block times. A closer look at the Bitcoin Cash hash rate shows that it might be the other way around.

A heavily-oscillating hash rate isn’t a new phenomenon on the Bitcoin Cash network. The coin’s relatively low price against Bitcoin means that it’s much less profitable to mine, which is why both smaller miners and large mining pools tend to diversify their mining operations.

This can be seen when comparing the two coins’ hash rates on Jan. 30. Bitcoin Cash saw a huge hash rate drop that led to the network being without a block for more than 5 hours.

Bitcoin, on the other hand, saw a significant spike in its hash rate at the same time. While it’s hard to define this as causation, the correlation between the two cannot be denied.

These frequent switches from Bitcoin Cash to Bitcoin show that few miners see the value in focusing their operations solely on BCH. We are yet to see how the lack of miner confidence and usage affects the network.

Coinbase going offline leads to insane Bitcoin volatility; here’s what could happen next

Bitcoin (BTC) just experienced some wild volatility, with bulls catalyzing a sharp upwards movement to highs of $9,500 before bears ramped up the selling pressure and led the cryptocurrency to dip all the way to $9,200. 2 min read

The aggregated crypto markets have been subjected to the volatility experienced by Bitcoin over the past several days, which has primarily favored bears. 2 min read

Bitcoin Cash has successfully gone through a scheduled fork at 12:00 GMT on November 15, mostly adding minor upgrades to the code. 3 min read