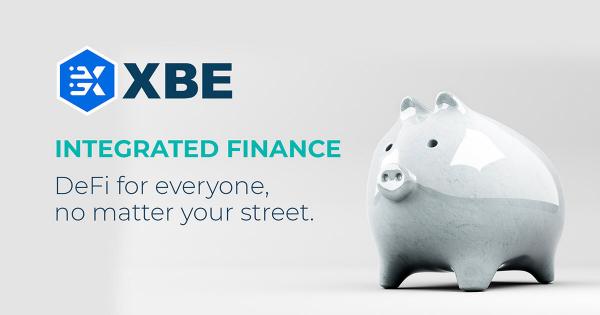 The XBE Hive simplifies yield for Decentralised, Institutional, and Retail Finance users by increasing rewards for the $20 billion or more in liquidity presently deployed in top decentralized finance protocols such as Curve and Convex.

To prepare for their traditional finance offering, the community has approved a public bug bounty following a recent audit by Peckshield, as alpha testing is about to start for the XBE Hive product.

Curve.fi and Convex finance have fundamentally changed how Decentralised Finance yield mechanisms work by offering great rewards for liquidity providers on stable coins and other tokens – with approximately 20bn USD in total value locked (TVL). This is why XBE.finance has chosen to build out its products using Curve.fi and Convex Finance as a foundation for its protocol.

The XB Hive product is taking this concept of complementary yield further to improve rewards even more. All a user needs to do is commit their Curve Liquidity Provider tokens to the XB Hive, and it will add its own token rewards (in the form of the XBE token) on top of what Convex and Curve already offers – amplifying the yield of any Curve liquidity staked in the XB Hive to some of the highest levels for users around!

DeFi testers will engage with smart contracts and experiment with all of the protocol’s capabilities built on top of Curve.fi and Convexfinance.com via the alpha app user interface.

How about XBE Hive?

XBE Hive is the XBE protocol’s key feature that generates yields for both DeFi and TradFi users. Users who understand the Curve and Convex function will deploy their capital into the XBE protocol, which will then deploy it in Convex and Curve on their behalf. They will also be able to stake their incentives as mentioned earlier to gain more rewards in the form of XBE, cvxCRV, and 3CRV fees, thanks to the focus on complementing yield.

To give you a better understanding, the XBE Hive is designed to provide more innovative rewards to participants. By depositing liquidity in Curve and Convex, consumers can simplify their exposure to a single denomination of asset (such as USD, or EUR, or ETH) to reduce their exposure to price volatility on their liquidity associated with traditional yield farming services.

Besides attracting the heavily involved DeFi users, one of the core focuses of the XBE Hive is to provide a regulatory compliant onramp for fiat into DeFi to allow traditional finance users to put their liquidity to work. The XBE Hive has partnered with regulatory compliant fiat partners worldwide, ensuring that money onboarding is respectful, transparent, and with complete real-time solvency reports available on-chain. The Hive will support USD, EUR, and ETH deposits on launch, with more offerings to follow.

A great step forward for the XBE Protocol is the community approval of a bug bounty proposal for $500,000 in XBE Rewards.

Several reputable white hat communities are being engaged, and together with active researchers already in the XBE community, the bounty program is attracting a formidable team to do community vetting of the new contracts.

Where you can find more details