Virtual-gifting platform Gifto has recently partnered with TRON, the decentralized entertainment framework on the Ethereum blockchain. 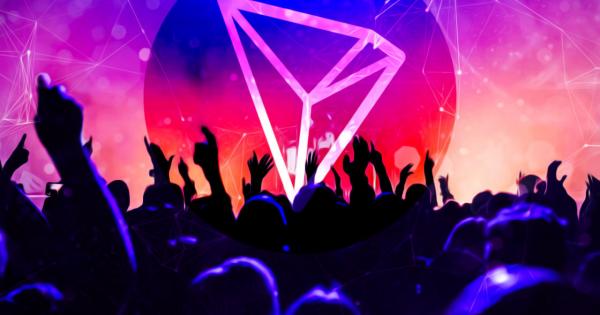 Virtual-gifting platform Gifto has recently partnered with TRON, the decentralized entertainment framework on the Ethereum blockchain. The partnership aims to leverage the technology behind TRON to allow for effective transaction facilitation.

Gifto, a product of Asia Innovation Group, is still in the early stages but seems set for an impressive future. Its launch was made by Uplive, a mobile device application that has more than 20 million users.

There are currently at least 60,000 content creators on Uplive who are incentivized using virtual gifts.

In comes TRON, a decentralized blockchain platform that aims to transform the existing content creation and ownership framework. It places the power back in the users’ hands by constructing a free global entertainment system on the blockchain. The platform’s users can therefore publish and retain ownership of content for free as well as control its distribution and access.

This Ethereum-based protocol will be the first to implement high-speed, scaled micro-transactions in the first quarter of 2018. This is the technology that Gifto intends to use to its advantage in order to allow its millions of users to operate on the network without unnecessary hitches.

The founder of TRON is 26-year old Justin Sun, who has been in the cryptocurrency community since 2012 when he bought Bitcoin for the first time. In 2013, he joined Ripple as Greater China’s Chief Representative.

Sun has been featured in Forbes Asia 30 Under 30 in 2015 and 2017. He was the only millennial student in the first classes of Jack Ma’s Hupan University for entrepreneurship in China.

Sun’s vision for TRON is to make it a shared platform for different entertainment systems around the world. This, he says, will bring down the information barriers that stand in the way of effective interactions between apps. Content creators will no longer have to pay the high prices associated with distribution platforms such as Apple Store and Google Play.

Cryptocurrencies, in general, have benefited greatly from announcing partnerships with each other over the past few weeks. A few notable examples: