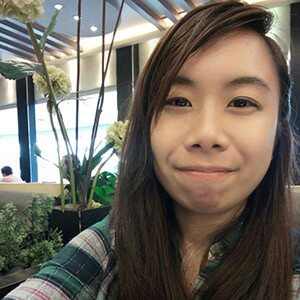 While many crypto enthusiasts have their eye on the top ten tokens in the charts, an unlikely player is making their way to the top. Stellar Lumens has in the past few days made an effort to separate from the altcoins pack and it seems to be headed for glory.

The cryptocurrency charts are inherently discriminatory since there are over 1,000 different altcoins in the market at present. This makes it hard to keep tabs on each one and only the most outstanding ones get the general public’s attention. Well, the fortune is about to change for the Stellar Lumens token, Lumens (XLM) after its price has made a gradual rise from $0.028 to $0.15 in the span of one month.

What’s behind the spike?

This price rally seems to have been triggered by the IBM partnership announcement with the startup. Since its inauguration, the platform has been handling limited payment transfers involving Fijian dollars and the British pound. But the IBM partnership is set to raise its bar to a much higher level, handling around seven different South Pacific fiat currencies.

The best part about the IBM-Stellar partnership is that it showcases how public and private blockchains can work in tandem. IBM has in-house blockchain solutions that handle transaction clearing.

But the public Stellar blockchain will be tasked with carrying out the settlement part of it. This process will use the Lumen to connect fiat currencies digitally and make conversions almost instant.

The partnership has seen Stellar rise to the 13 position on the cryptocurrency chart. The most promising aspect of the current high trading volume on the network is the fact that its volume is spread across many different exchanges including Poloniex, Bittrex, Binance and Kraken. This makes it highly unlikely that it is experiencing a pump and dump and increases the chances of sustainability.

Stellar was founded by one of the co-founders of the Ripple platform. It focuses its attention on developing markets and this might be one of the reasons for its slow ascent to fame.

However, it offers a worthy approach by focusing its attention on the unbanked population. It also acts as a bridge connecting different currencies that do not operate on their own direct market.

Another unique aspect that sets Stellar apart is the fact that it seeks to eliminate centralized intermediaries like currency exchange platforms on the blockchain. Its system incorporates a decentralized exchange system for both fiat and digital currency transactions.

The platform also allows its users to create tokens making it a prime attraction for ICOs. In this regard it competes with Ethereum and offers an alternative to the security model of Ethereum.

Ethereum uses a language referred to as Solidity that allows developers almost unlimited freedom when writing code. This has made it easy to deploy malicious code on the platform. Stellar limits this freedom and thus offers a safer model.

These factors make it easy to understand why the network would appeal to investors. It offers lots of real world potential and attracts a section of the public that has yet to be fully exploited. Even though at the moment it only trades on 15 exchanges globally, its potential is likely to lure in more exchanges which will lead to sustained growth on the network.

Throughout the crypto market’s consolidation phase, the total supply of circulating stablecoins has been on the rise.