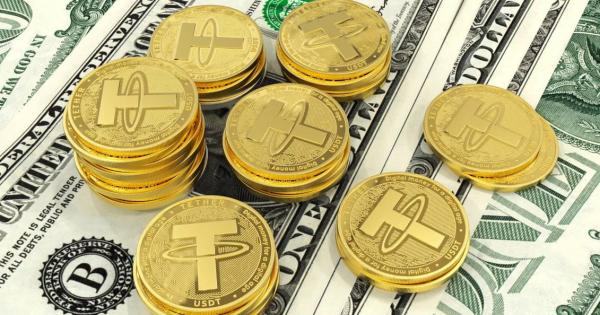 Disclosure: This is a sponsored post. Readers are encouraged to conduct further research prior to taking any actions. Learn more ›

The reason for this is that there are too many expectations on an international level associated with state-controlled digital currencies. Major hopes are related to the internationalization of some currencies like the Chinese Yuan. But, in the case of the Chinese e-CNY – which is the digital Yuan – the main purpose of introducing the digital currency was to replace cash and to get a crackdown on other money substitutes which were used to make online payments via WeChat and other applications with internal payment system.

So, with the major implantation of an e-CNY, the Peoples Bank of China (PBOC) is expected to continue to eradicate cash to get full control over money circulation in the country. Following this logic, internationalization of the Yuan would be rather limited to central bank-to-central bank payment arrangements, even if a multi-digital currencies arrangement with a single jointly operated payment platform and recognized local ID identification access by citizens of the participating countries were setup.

Moreover, the introduction of various CBDC’s would not facilitative tourism as payment operations as a foreign tourist would likely be limited to a specific selection of goods and services. Payments via companies would be still be limited even in the tourism sector that would diminish the significance of the country’s digital currency for international settlements.

Foreign CBDC’s could put additional stress on the banking system and pose cybersecurity risks. Three U.S. Republican Senators have recently asked International Olympic and Paralympic Committee to forbid American athletes from using e-CNY during the winter Olympic Games in China which are going to start in February 2022. And the reason of such concern is that the payment application with the digital wallet may bear a code of state-mandated spyware and will allow for the tracking of U.S. citizens even upon their return. So, at least in the United States the use of the digital Yuan may face strong opposition from policymakers even when it comes to interbank settlements.

Fears of possible substitution of the domestic currency by a stronger foreign one and paired with possible tax avoidance. Such spillovers may threaten countries with high inflation and other unfavorable economic conditions.

So far, on the government level, it is more mistrust and skepticism over a single international digital payment system that would be used by many central banks to overshadow international CBDC’s sentiments. Major world monetary policymakers like the Federal Reserve in the United States do not fully understand the purpose of issuing digital Dollars. Randal Quarles, vice chairman for the supervision at the Federal Reserve said in June that CDBC is more like a fad while many Dollar transactions are already virtual and some of the potential benefits of an official digital currency may be accomplished through other means.

On the other hand, global private stablecoins are usually backed by cash reserves or a liquid asset that could be easily turned into cash like U.S. Treasuries. Such stablecoins usually emerge in the ecosystems that are built on top of large financial institutions or global IT-corporations that are recognised worldwide. The brightest and most successful examples of such IT Giants are WeChat, Alipay, Baidu Wallet and Sina Weibo. WeChat Pay users exceeded 900 million in 2021 and the service took over Alipay as the most popular payment service in China, although globally Alipay is leading with 1.2 billion users. It is reported that Chinese users can use WeChat Pay in 25 countries outside China.

Currently, the Chinese government is trying to harness the development of these IT giants as they are becoming too strong and popular, taking over banking institutions in the country. Overall, it seems that Chinese leaders have underestimated the enormous concentration of financial power and the vast amount of personal information collected by these digital monsters.

The same concerns are raised by regulators worldwide who are investigating whether Facebook, Google and other internet giants are leveraging their dominance to squash competition, or abusing user data. The Facebook-supported Diem cryptocurrency, which is planned to be launched later this year, would work through entire Facebook ecosystem, including WhatsApp and Instagram.

Diem is linked to a single currency like the U.S. Dollar and the Euro and is backed by assets including cash, cash equivalents and very short-term government securities. Widely critised by U.S policymakers in the congress, Diem or Libra, as it was originally called, may serve as an example for the large corporate ecosystem with its own stable currency backed by liquid assets in major world currencies.

Needless to say, that if Google, Amazon and Apple had their own “pay” systems, the same kind of technology would be used to create a self-sustainable system that would attract retailers and service companies, pushing the banking sector out of business.

And that could be a close reality ast the Federal Reserve seems to be praising privately issued stablecoins that could help solve some of the inefficiencies and inequalities in the current payments system, according to the same Randal Quarles.

Disclaimer: This is a sponsored post brought to you by TomiEx.